The Terrorkhan are fearless Elite shook troops used by the Immortals in the opening stages of invasion. Wearing Heavy Armour that encompasses a jetpack these troops can be dropped without the need for an assault shuttle to land. They can arrive with a large arsenal of dropped equipment that allows them to quickly seize an objective before they dig in and defend it from the enemy until reinforcements arrive.

Once a foothold is established the Terrorkhan are more than capable troops in support of a breakout and will count towards some of the heaviest mortal troops available. 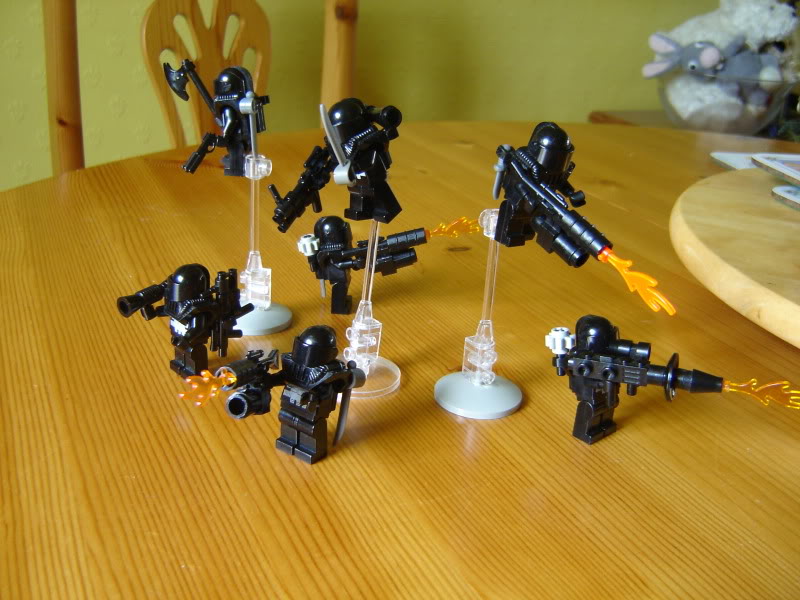 Armed with various weapons from the Immortal Armouries they do however favour the Blast Rifle with under-barrel Grenade Launcher and the Burst Flechette SMG. Typically each trooper has one Flechette Grenade and a Electro Sword Bayonet.