From BrikWars
(Redirected from Jackson)
Jump to navigation Jump to search 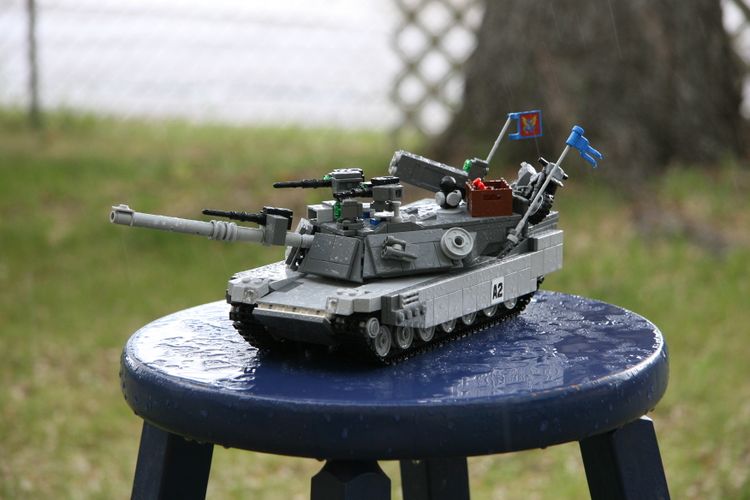 Starting as a joint project between United Dynamics and ABS Systems, the M1 Jackson was designed to be both lethal and responsive in combat. United Dynamics, having needed to replace the aging M1A5 Diplomat for some time, decided to ask ABS Systems to work on a joint vehicle project. Incorporated into the Jackson are composite armour technologies developed at ABS Systems and missile and computer systems from United Dynamics, with the remaining weapon systems installed by ABS Systems.

As of BR 2,015, a Jackson's crew consists of two gunners and one pilot.

x1 TROPHY MK.2 - TROPHY is an active defence system, able to intercept rockets before making contact with a friendly vehicle. It has a minimum range of 10", with four uses.

The M1A1 is the current iteration of the Jackson Main Battle Tank. 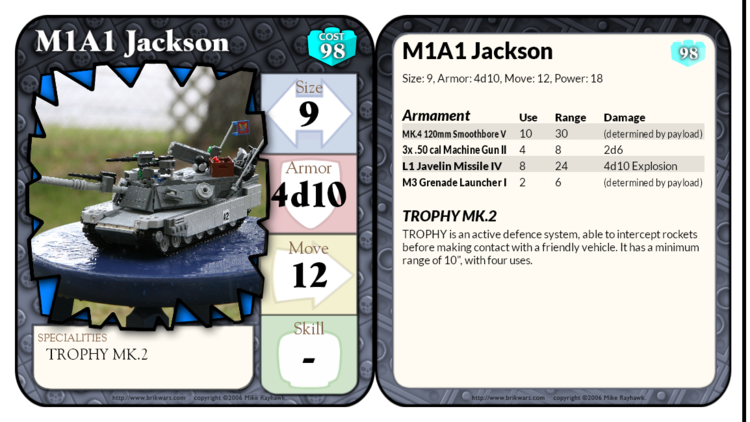