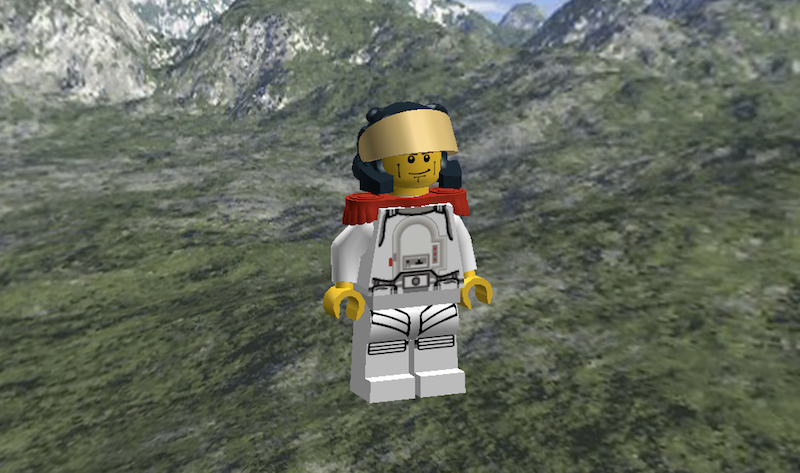 Last known image of an Amorian, all others having been lost or destroyed in the intervening Rekonstruktions

The Amorians have overcome years of strife and hardship. Many BRs ago, they were betrayed to the Nega-Blokians by their previous leader (whose name is no longer spoken). With no remaining government or military, they were quickly defeated and enslaved. Their leader then took the wealth given to him by the Nega-Blokians and fled far away. He has never been discovered since. The Amorians were forced to toil in the blox mines until they died.

In BR 2010, the Amorians were freed in a great battle by The Nine, led by Solvess.

Solvess is the grand general of the Amorian Alliance and leader of the Nine. He carries an SMG, a knife in the strap of his bag, (No telling what could be in that) a blue beamsaber, an OT grenade, and a sword of protection.

The Nine are the heroes of Amoria.

The main Amorian force are a branch of The Deadly SpaceMan lineage, but are far removed from their SpaceMan forefathers.

Amorians are tenacious in battle, especially versus CLOan brands, and they share much of the ferocity and ability of their SpaceMan forefathers. They have space age technology including OT weapons, Nova Swords and laser weapons. They are a small empire controlling only several solar systems of planets.

Having been tortured and enslaved by Nega-Figs, Amorians hate them and any other CLOan brand, but have no other real enemies. They are in favor of the Immortals but have not officially joined them.