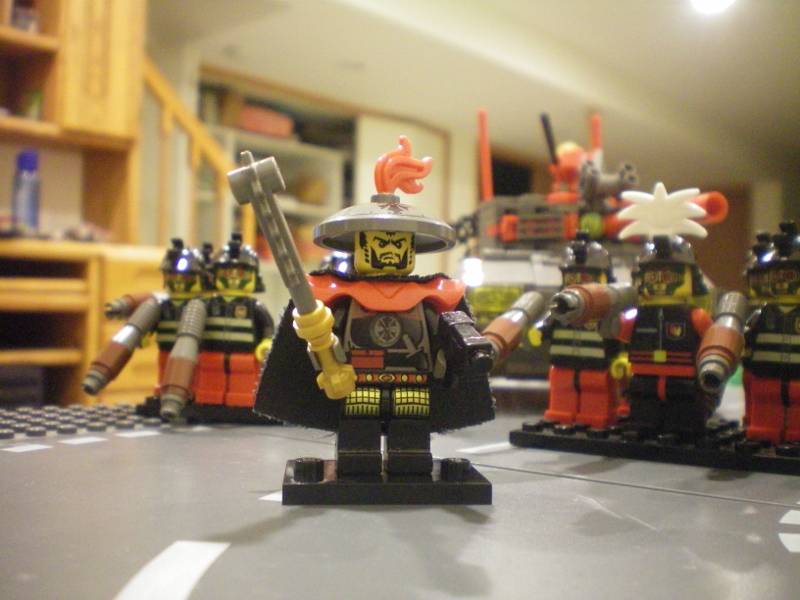 Celestial Kingdom forces about to seize some Britannaian property

History of the Celestial Kingdom

It is said that there has always been a Celestial Kingdom, and there always will be. There is some truth to this: The Celestial Kingdom is the oldest of the nations in the galaxy, dating from Gun the Great's conquest 5,000 G.R.s ago to today. It has endured through periods of war and peace beyond measure. While the names for the clusters it occupies has changed throughout history, it has always been one nation, under one government or another. Though seventeen Dynasties and thousands of Emperors have passed, the Celestial Kingdom Endures. 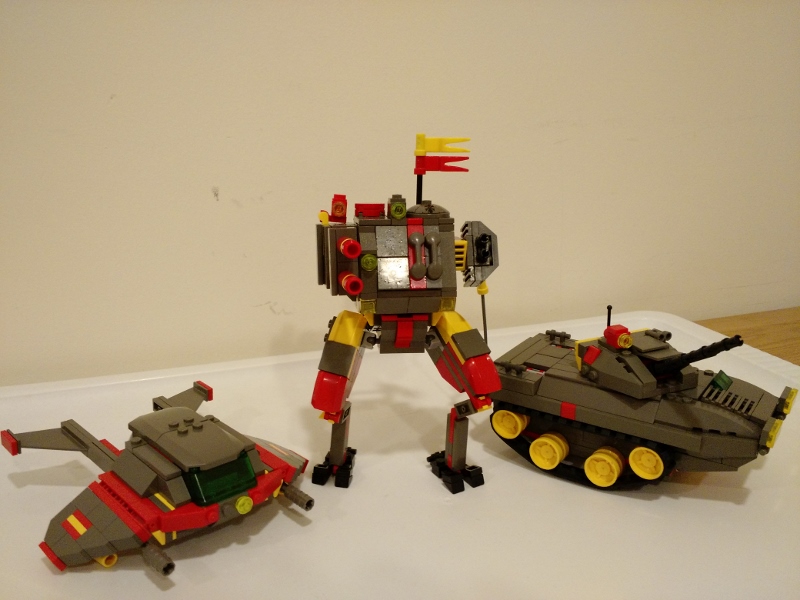 Celestial Kingdom vehicles as of mid-2015

Government of the Celestial Kingdom

From the time of the first Crimson Emperor to today's eighth Azure Emperor, an imperial family has always held dominion over the Celestial kingdom. Bar the foreign Iron Dynasty the Emperor on the Crimson Throne can trace their lineage to Gun the Great. Some emperors ruled with relentless conviction. Some have turned their royal responsibilities to their advisers in favor or debauchery. Many Have been noble, and many have not. All are gods to their people, although some gods are more deserving of worship than others.

With the end of a dynasty's direct bloodline a new dynasty arises. All dynasties but the Iron Dynasty can trace their bloodlines to Gun the Great, the first Crimson Emperor who united countless feudal states into one great nation.

Since the death of the last Jade Emperor, Mengo Ten the Celestial Kingdom had been ruled by the Azure dynasty from the palace world of Yin

The Emperor on the Crimson Throne Rules from the palace world of Yin. Offworlders are not allowed on Yin without being invited, and none are allowed inside the Palace Proper without an invite from a member of the Imperial Family.

The homeworld of Gun the Great was the seat of power for the Celestial Kingdom until the construction of Yin. While it has sparingly been visited by any following Emperor it was once the center of military power for the kingdom.

The planet was conquered by Britannian forces during their wars colonization, and remains the capitol of their Saffron Colonies to this day, a point of bitter contention between the two nations.

Gun the Great's first palace lies on this world, and entry is forbidden to all but members of the Imperial family and the servants who reside there.

The once glorious Hei Ban Ho was obliterated during the bloody Reconquest, and from its ashes a stinking encumenopolis arose.

Britannian colonization was good to Ju Fai. Once known only for being the temporary seat of the thirteenth Black Empress, the world was developed more than any other of the Saffron Colonies. Now back in the hands of the Celestial Kingdom, Ju Fai is considered the jewel of the empire, second only to Yin in grandeur. It is the nation's economic, cultural, and military center, and is the only world in the Kingdom where foreigners are truly welcome.

Legends claim that when time began there were 8 warring kingdoms. Gun the Great, a minor nobleman from the smallest of these kingdoms united them all in his fabled conquest. Gun supposedly ruled for 200 years from the fortress world of Tifan. His line supposedly went for a hundred generations before being broken by plague. The Crimson Throne was then passed to Chu Sei, the first Violet Empress.

The reigns of the Chu Sei and her descendants was marked by the rebellions of 3 of the eight kingdoms. Chu Zu, the fourth and final Violet Emperor supposedly gave his life to bring peace to the Celestial Kingdom.

If the Crimson dynasty gave birth to the Celestial kingdom, the Sky-Blue Dynasty raised it. The Sky-Blue Emperors conquered all the surrounding systems, assimilating the cultures that welcomed them and annihilating those who didn't.

The position of the First Sword, the Emperors bodyguard and companion, was created during this time.

The Thousand-G.R. rule of Pearl Dynasty was the golden age for the Celestial Kingdom. During this time it was the galactic center of peace and prosperity. Starships from every corner of the galaxy came to the Kingdom, seeking trade and adventure. The Pearl Emperors focused both outward and in, building palaces, cities, and universities. It is said that every child was a student, and every emperor a professor.

Perhaps the most notable of the Pearl Emperors are Loq Wei, who sent his fleets to explore the farthest reaches of the galaxy, and Loq Loq, the Golden God, who ordered the construction of the palace world of Yin.

The Dynasty came to an end when the final Pearl Emperor abdicated the throne in search of enlightenment.

It was in the same G.R. as Wan Wei's coronation when the first Xiongnu attack on the Celestial Kingdom in over 1000 years occurred. His daughter Wan Yi lost several wars to them, and her Son and his family perished when the Xiongnu razed Yin to ashes.

The Emperors-in-Exile ruled the Celestial Kingdom only in name from the colony of Xaizhao during the Xiongnu occupation and Reign of the Iron Dynasty.

Being the foreign rulers installed the Xiongnu conquerors, the Iron dynasty ruled with the points of their namesake swords.

The death of Xiongnu Cheiftain Jembakho and subsequent collapse of the Xiongnu Confederation left the Iron dynasty weakened and without foreign support. Chit Zue, the daughter of the Final Red Emperor renounced her family name and expelled the Xiongnu from the Celestial Kingdom in the decade of blood. (It is unknown if the dynasty name comes from this war or not).

With Yin in ashes the Blood-Red Empress chose Tifan, legendary seat of Gun the Great as her capitol.

Her great-grandson, Chit Gun died without an heir during an attempted conquest of the Xiongnu territories.

In spite of the death of his cousin, Yu Ghai continued the conquest of the Xiongnu territories. His son, Yu Yu managed to conquer them all only to lose them a month later when Xiongnu terrorists bombed the royal barge, killing him and most of his family.

The Tao Tie was founded by the first Black Emperor to eradicate the Xiongnu loyalist cells that killed his great-uncle.

The Twelfth Black Emperor, Gun the Glutton, had over 100 wives and nearly as many mistress. The the fortress world of Tifan was nothing more than a brothel during his reign, and his successor, Wei Wei, moved her Capitol to Ju Fai.

The only accomplishment of the Smoke Emperors was achieving peace with the Xiongnu.

Fu Lang, the first and only Orange Emperor was the youngest brother of the final Smoke Emperor. He rose to the throne by having the Emperor, his wives, his children, and all of their siblings massacred. His terrible reign lasted only 2 G.R.s before his advisers slew him in the throne room and named his cousin Emperor.

While the first, second, and third Umber Emperors spent much of their reign repairing the damage caused by the Orange Emperor, the fourth Umber Empress and fifth Umber Emperor enjoyed reigns of relative prosperity. It was the sixth Umber Emperor, Gun the Jealous ordered the Yin to be Rebuilt.

The Britannian League first attempted to colonize the Celestial Kingdom during the reign of Hong Lu,the final Brown Empress. While her military repelled the first Britannian fleet, the second fleet conquered much of the Kingdom, including the city-worlds of Ju Fai and Hei Ban Ho. The Britannian raid on Hei Ban Ho would have resulted in the Empress' death if not for the valor of the First Sword.

Believing his aunt's children to be the illegitimate offspring of the First Sword Chin Shin claimed the throne and named himself the first Green Emperor. Shin the spineless, as he was called, fled from the battle of Tifan. The Britannians easily routed the panicked Celestial Kingdom forces, claiming Gun the Great's seat of power for their own.

Shin the spineless' own generals seized him, killed him, and placed his crown on his brother's head. His brother promptly renounced his family name and named himself the First Jade Emperor.

Mengo Zu had the taste for war that his brother did not. Over the next 2 months he fought the Britannian armies is a series of running battles, culminating in the bloody reconquest of Hei Ban Ho. Though Mengo Zu did not survive the battle, his son wrote a peace treaty with the Britannians, paving the ground for the next 300 years of peace.

The Seventh Azure Emperor, Xai Loq had peacefully reclaimed Ju Fai from the Britannians and was in the process of negotiation for the return of the remaining Britannian colonies when he was assassinated by his own First Sword.

The Eighth and current Azure Emperor, Xai Gun, holds dominion over the entire Celestial Kingdom. Although his edicts are followed and his citizens lay prostrate before him there are those who believe he is not worthy of the Crimson Throne. 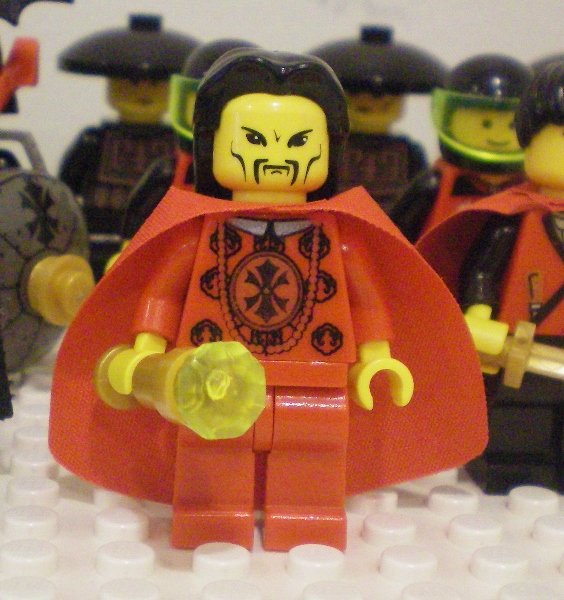