Church of the Great Creator 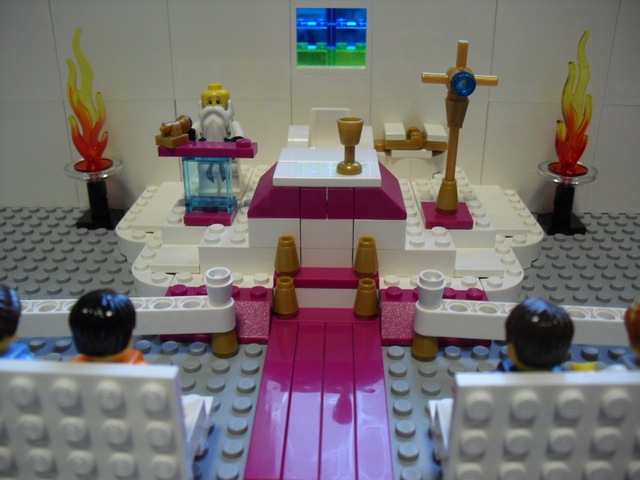 A service in a Chapel of the Great Creator

The Church of the Great Creator is an ancient religious organization, devoted to the eponymous deity. He is believed to have created the universe including not only ABS, but also humans and everything beyond the known BrikVerse.

The Faith in the Great Creator has it's origins as a small Jewish cult, whose beliefs have spread rapidly and hit the Purple Sector, thousand years ago. From time to time, many rulers dropped their old Pagan faith and adapted the Faith if the Great Creator as their new state religion. Several discrepancies have led to quarrels among the believers and led to a split and formation into two groups: The Church of the Great Creator in the Western territories of the Sector and the Righteous Churches to the East.

The Righteous Churches fell first, with the rise of Communism and the formation of the USSSR, whose leadership has a strong animosity against religious organizations. Thus, the Church of the Great Creator was soon disbanded by force, church property was confiscated and believers were persecuted.

Several priest, among them Tadeusz Aureliusz, managed to maintain several communities in secrecy and thus keeping the Faith in the Great Creator alive. It was one of the greatest factors, that helped the population of several Communist puppet states to regain hope and to stand up against their oppressors. After the successful liberation of Poland and Magyar, the Church has been reestablished as an institution with Aureliusz as it's first High Priest, after the fall.

Orders of the Great Creator 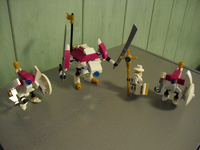 The Church itself has no standing army and uses autonomous combat drones for defensive purposes, only. However, there are several knightly and sororal orders, that have close ties to the Church and are not afraid of resorting to a vast arsenal of deadly weapons, when odds demand it.

Banner of the Order of Dobrzyń

The Order of Dobrzyń (pl.: Zakon Dobrzyński) has been founded hundreds of years in the Kingdom of Poland, after the Faith of the Great Creator has hit the Purple Sector. This order is mostly specialized in crafting mighty weapons and preserving historical knowledge, which was known to be very beneficial back then and still being very useful today. These services are still offered to the Konfederacja Polska, yet the Order of Dobrzyń works independently from any governmental institution. Like any religious organization inside the former Polish Kingdom, the Order of Dobrzyń has been persecuted by the Russian occupation force, that had no success in eradicating the Order, though. They managed to escape to a giant spaceship, known as the Order Monastery, which contains the Forge and the Library of the Order. From there, the Knights of Dobrzyń could later on support the insurgent Poles in their attempt to reclaim their occupied homeland, which eventually succeed. The current leader of the Order of Dobrzyń is the Order Master Kaifasz.

Emblem of the Order of Szent Erzsébet

The Order of Szent Erzsébet is an order of nuns, that originated hundreds of years ago from the Kingdom of Magyar and is dedicated in offering humanitarian aid for those in need. Numerous hospitals and school in foreign worlds have been run by these sisters for centuries. In spite of that, the Nuns of the Order of Szent Erzsébet do not hesitate to pick up their arms, if any of their facilities are in danger.