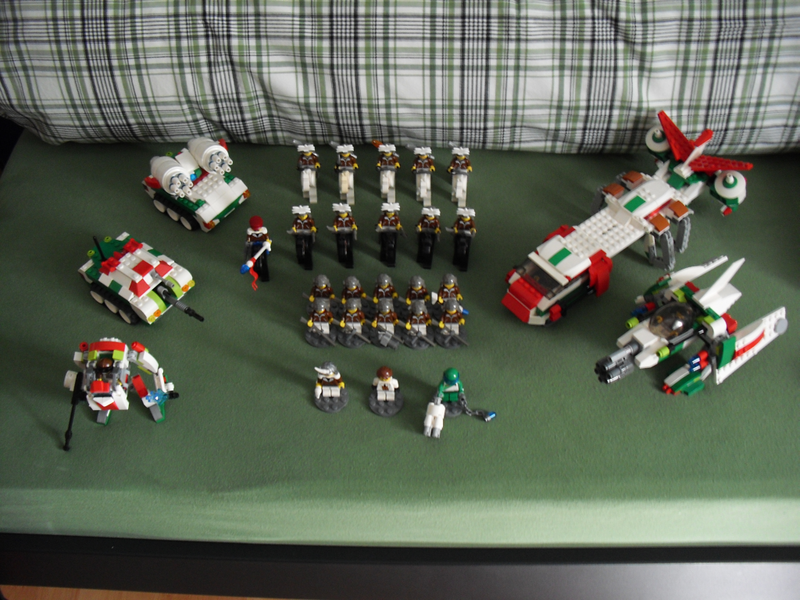 The Republik of Magyar or Magyarország is a smaller but powerful nation, well known for its heavy use of unconventional tactics and exotic weaponry. It was once occupied by the USSSR but could finally break the chains of oppresion and fight for the restoration of it's old glory. 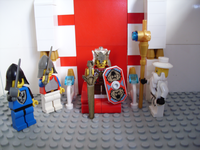 King István fought for the crown, after Zoltan's reign of terror

Hailing from the Uralic regions, the Magyars settled themselves to the Carpathians, slowly forming into a souvereign nation. Although the Magyars initially followed their own brand of Paganism, many felt more and more uncomfortable with it around BR 1,005, as King Zoltan III randomly began to sacrifice his own people to dark gods. Fed up by his behaviour, his younger brother István, also known as the Great Bear, reunited several local duchies in order to rebel against the King and managed to kill and dethrone him in the Royal Palace of Planet Pest. Henceforth, the Magyar population quickly adapted the faith of the Great Creator, which was widely promoted by István and his men.

As time passed, the Kingdom of Magyar had to face several cases of Austrian and Ottoman aggression, but could successfully drive back the invaders. However, as the USSSR began to expand their borders and attacked without warning, the Magyars had to team up with the Fourth Reich, in order to fight of the communist hordes. Unfortunately, the Nazis turned out to be lousy allies, as they even fought off the Magyars at the end of the Second Brick War, leaving them helpless against the USSSR. 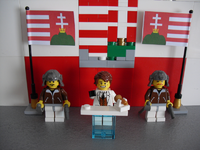 Like in the former Polish Kingdom, a puppet government has been installed, but overthrown in BR 2,014. The old monarchic form of government has been dropped, in favor for a more contemporary democracy, renaming the state into the Republik of Magyar. After regaining their independence, the Magyars decided to improve their economy, that has been left severely dated, before finally doing a military modernization in BR 2,015.

The Magyars stayed away from any major conflicts, such as the AN-TA War, in order to concentrate on their own internal problems. However, they quickly realized, that the USSSR would never let them break away from their sphere of influence, that easily and began with several covert operations on the Soviet government. In May of BR 2,015 the Magyar agent Grabovszky managed to get his hands on vital plans on an proposed invasion of the Konfederacja and Magyar, as proposed by the Space Nazis and the USSSR. From this day on, Poles and Magyars are heavily investing in their military force to defend themselves from their former oppressors.

In BR 2,016 Soviet forces attacked the Magyar homeland, while Nutzee sorcerers managed to resurrect King Zoltan III, who was bent to take revenge on his own people. During the Battle of Debrecen, the Magyars managed to defeat both the Soviets and Zoltan with the help of Dutch forces and local Mafia thugs.

The Magyars live a modest life and usually serve their home country by joining the army or doing all sorts of labour. While being one of the most homogeneous people, the Magyars usually don't mind strangers in their communities. However, over the decades of wars, the population became more and more pessimistic and fed up with their current situation. Not even the promising rethorics of Elnök Szarvas can cheer up the population, any longer. Some historians and superstitious individuals argue, that Zoltan's Curse is the main reason for the ever growing pessimism, which has been neither verified nor debunked, though.