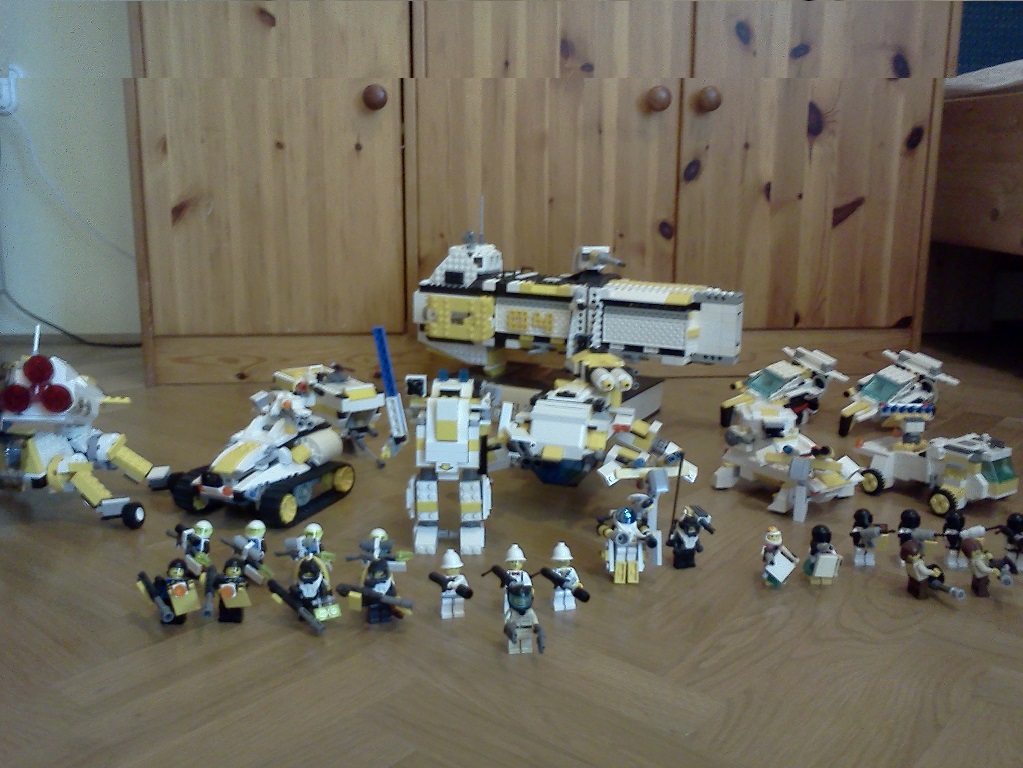 The lineup of Hellian forces.

When interstellar travel was discovered by the nation of Hellios, the rights to producing such vessels belonged to one corporation. As the minifigs expanded in a gigantic colony boom among the stars, this low profile business became the single largest concentration of power.

When the home planet, Hel, and the colonies inevitably fell into a massive interstellar war, the corporation was already supplying weapons to both sides. The war was long and bloody, but it eventually calmed down, and The Corporation (as it was referring to itself by this point) has achieved complete political control.

The Corporate State now operates in a federal structure. Twelve Sectors function on their own with great independence, but foreign policy and the military are centralized.

The individual sectors show substantial differences. The Spurtan sector, for example, enforces a very strict centralized government, and most of the fighting forces come from here. Eathen is a major galactic trading hub, and a haven for innovative minds to dream up Even Bigger Guns. Marathon on the other hand houses a vast complex of ship building facilities, comparable to some superpowers' military yards.

While there is a lot of infighting, frequent assassinations, and territorial disputes gone bloody between the Sectors, the State as a whole has shown a significant ability to stand together in the face of a stronger outside enemy. 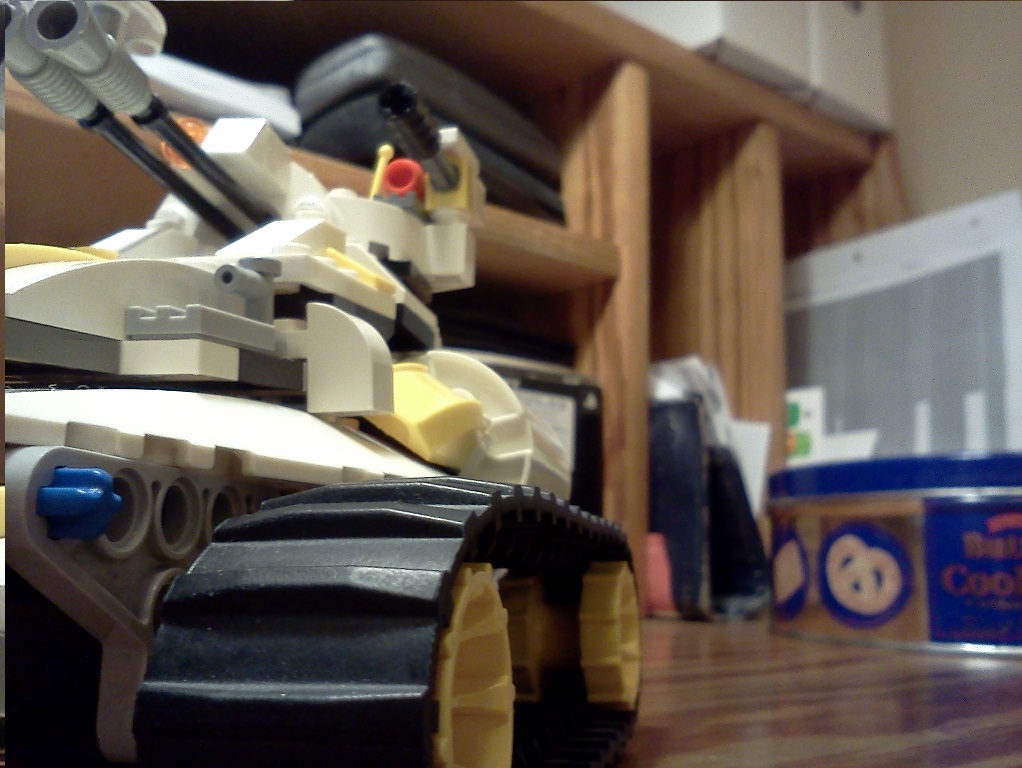 Unlike most hellian designes, the Armadillo tank uses treads for propulsion. Note the box of biscuits.

Hellian spacecraft utilize a unique inertialess drive, the Stutter Warp, which teleports vessels billions of times a second, by altering their quantum movements randomity technobable, without ever accelerating. These vessels are all part of the Hellian Department of Defense, one of the numerous government departments.

In the face of impending war, as the State has pledged its allegiance to the Third Alliance, its fate has become uncertain. Hellios is playing a dangerous game, where much bigger nations have fallen before it. Nothing shows the tensions better than the fact that the mysterious Chairman has shown his face, as he accepted the alliance personally.