Currently, the Omegalon are at war with the DRK and their alliance, the Kult of Darkness, also known as the "edgy n00b Squad". They value honesty and honor, and take extreme offense to being provoked.

The Omegalon are a fairly new faction in the Nehellium, appearing late, after most superpowers established themselves. Located on the edge of the galaxy, near the Magikallenik, they suffered raids from the Space Nazis for a while before they decided it was a better idea to go and fight the newest invaders in their systems, the DRK. After being attacked by the DRK and losing the planets of Beitac III and II, they attacked the DRK and declared war. So far, the Reclamation of Beitac III is going somewhat poorly, as their generals all seemed to decide to not do anything (no signups, so dismantled).

Image needs to be resized The Omegalon Army does not have a uniform standard, as the many different star nations that compose this federation have different uniforms and standards, resulting in an extremely hodge-podge look. This does not hinder combat performance, however, and generally the Federation achieves good results.

Their infantry are all injected with advanced nanotech upon completion of training, aiding recovery at the expense of armor, as the nanotech largely consumes any minerals nearby to aid healing. They are generally faster but weaker than most star nation's infantries, which is why the Federation often opts to either A)take cover when attacking, or b) employ hit and run tactics to outspeed enemies. Troopers specialized in heavy weapons use have their own branch of the military, known as the Gunner Corps. Led by General Kage, they utilize the biggest, most badass guns possible, to either kill their enemies or die gloriously in true action movie style. Vehicles are not used as often, with the main source of transport being aircraft. The army often works together with the Fleet, meaning that a development in either one will benefit both. 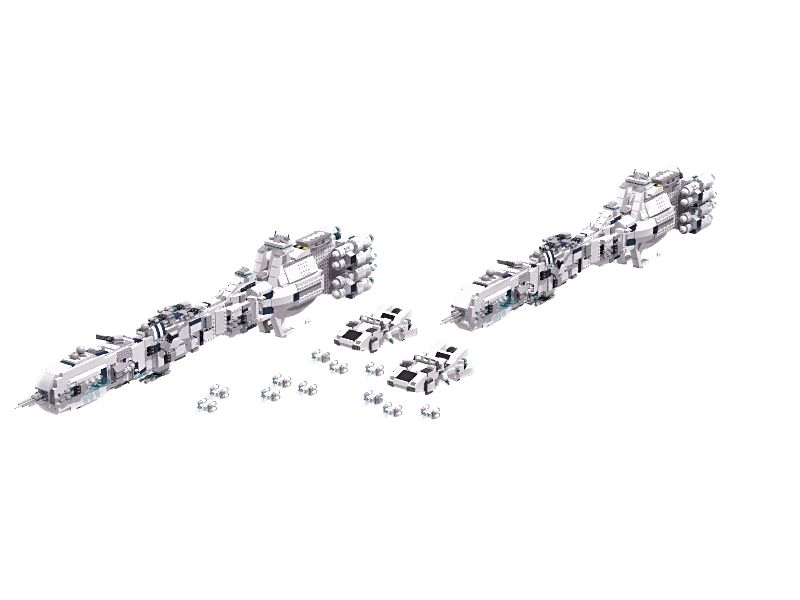 Space doctrine is largely based off of fast and hard-hitting fighters, with their Cruisers and Battleships firing ion blasts to disable enemy systems and point defense guns. Speed is prioritized, with armor being forgone for more power, and only used near engine cores and on bombers, whose explosive payloads require shielding. Fleets are composed of Carrier groups supporting and providing cover for several cannon-based cruisers, whose bodies are composed of essentially nothing but Giant Ion Flux Cannons and the power sources. These provide the real damage output, and their safety is prioritized over most other things.

The Federation, like its' name, its a Federated system of worlds, led by a leadership council, named the "Council of Eight". The council is composed of the regional governors of the Federation's seven regions, and one Arch-Governor, tasked with overseeing the Federation as a whole, and to act as the highest power. This council is responsible for declaring war on other countries, sealing major diplomatic deals, and dealing with most other governmental stuff, like making/passing laws. Decisions are based on a voting system, where there first is a debate between evenly-matched debaters. Then, votes are collected, and in order to win, the side must have at least 3 votes with the Arch-Governor, and 5 votes without. Underneath those high-level decisions, the Governors are generally responsible for managing their respective sectors, and for making small decisions, generally do not need much prior approval unless it breaks a law of some sort.

The Arch-Governor, aside from presiding over the Council, also heads military action, and the entire military answers to him, although generally the Council decides such matters. The main reason the Arch-Governor alone to have this power is in case of widespread corruption. Arch-Governors are strictly pulled from a pool of the men known to be as loyal to the cause as possible, and the hardest to corrupt. In the early days of the Federation, it was common for officials to misuse the military, diverting valuable ships of the line to act as their pleasurecraft. As a result, this system was instated.