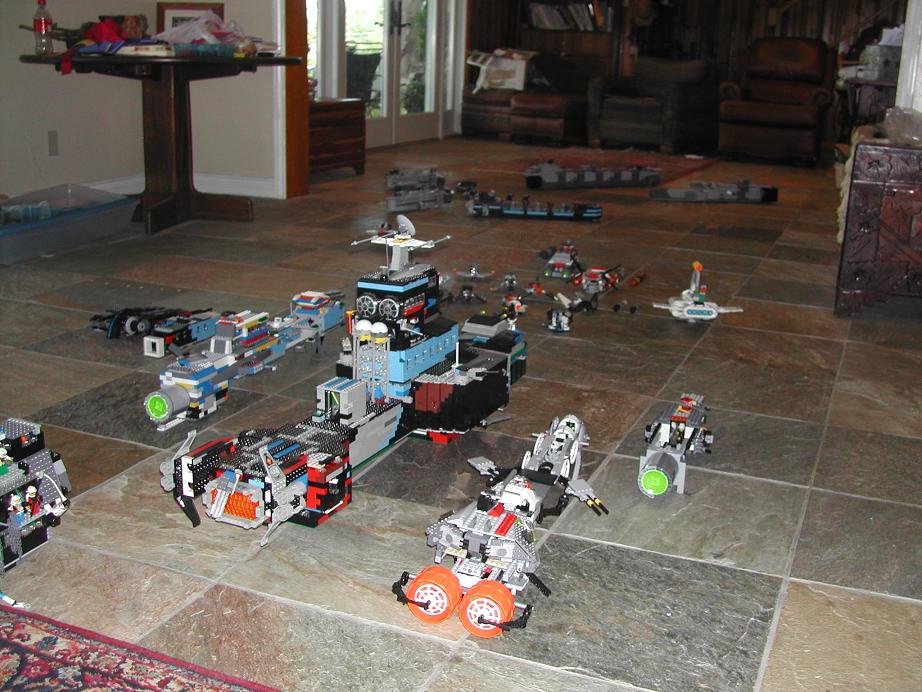 The Stranian navy engaging 45th Union forces in the Caid Sector. The Stranians' powerful Hodgepodgian interstellar craft have seen many battles, and their scarred hides, mismatched plating, hull painting, and smorgasbord of weapons show this.

The Stranian civilization was based out of a lost colony ship sent to find new deposits of ABS in the far reaches of the Bloody Eye Nebula. Upon reaching the nebula, they promptly lost communication with the ISNCA (Interstellar space navigation and communication array).

Continuing deeper into the nebula they started to run afoul of huge conglomerations of material. The scanners confirmed rich fields of ABS. Coming upon the nearest debris field, mining crews were dispatched, but what they found was not huge ABS ore laden asteroids or dust fields, but ancient wrecks.

After years of investigation, the fleet's science officers concluded that these were no odd effect of convergent gravity waves washing up chance debris. This was an entire galactic sector that had seen intense fighting.

After a few more years the fleet finally found a suitable planet to settle the more permanent sites needed for a large scale salvage operation. Little did they know that people still inhabited the nebula that had never known the word peace. Out of the sky, in large planetary landers and assault shuttles, came the forces of the VOL and the 45th Union. Many battles have ensued since, turning the exploration fleet into conquerors. 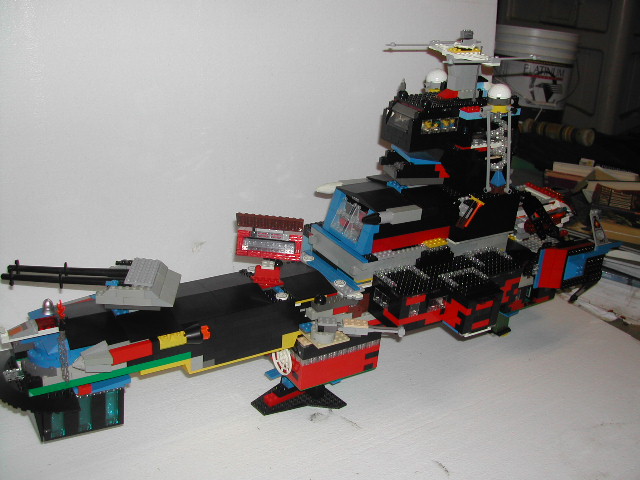 In the rush to get the most fighting units to the field, the Stranians developed "Hodgepodge" rapid construction techniques, emphasizing utility, carrying capacity, and compactness. It was here the the Flagship Hodgepodge and the Swarmer were developed, giving the Stranians large amounts of forces to draw on if not the refined and battle ready troops of other factions, and earning them the name Hodgepodgians.

Hodgepodgian forces come to battle with a large array of weapons, usually based around tactical needs. The forces are highly segregated by their pants color: black for star-faring forces, brown for the officer core, green for the assassins, gray for the snipers, tan for the techs, and white for the laborers and civilians (including mercs). Most Hodgepodgian combat forces have a light body armor, while others have uniforms based on needs. Of note are sergeants: sergeants can regularly picked out by their sunglasses, and usually dual wield pistols, and sometimes carbines. Officers are kitted out in a vast array of differing weapons, but in general have some sort of flamethrower attachment to their weapons.

The naval forces prefer to rely on blitzkrieg tactics. Many of the ships, including the Kirkolkand and the Hodgepodge, have many but relatively short ranged weapons. There are some ships with beam type weapons, though by and large they are experimental or were built using unshielded power core couplings running directly to a lance/beam array (as is the case with the Scrag class gunboat). This tactic emphasizes the Stranians' use of fighters to develop a harrying fight far from their larger ships, allowing them to go mostly unscathed into a brawling match that they are ideal for, primarily due to the hordes of shorter range weaponry that will dot a ships hull. Ships have relatively large crews concerned with the operations of vital systems, weapons, and shields. They rely on a Victorian like use of man power in that they pack large amounts of personnel.

On the ground, the Stranians are a different matter all together. Relatively under-equipped compared to rival star forces of the 45th Union and VOL, the Stranians usually take a more cautious stance, though they are known for the disorienting tactic of using cavalry to destroy tanks. Their ground forces put a primary importance on mobility. Their light tanks do not possess an expanded ability to carry even small infantry groups about, while their large ground transports can carry up to 12. As with their star forces fighters, their ground transports and fighting machines are usually built with compression in mind.

It is believed that a planetary lander is under development, but as yet a planetary lander has yet to be sighted. The Hodgepodge is known to transport small forces consisting of the so-dubbed Strana van and a light tank. For defense of their home planet the Stranians are known to employ a force of large mecha referred to as Wobblies - two-legged mechs lacking arms but nonetheless carrying heavy armament able to destroy tanks and crush ground formations in single all-encompassing attacks.

The grand leader of the Stranians is the great Salmagond, one of the rare Farce users and wielder of two blades. He is always accompanied by a set of redshirts, armed with axe and IABS (instant astro binding substance) to help prevent damage to their lord. The IABS comes in a can and can make a small wall or - used with several cans - a small structure, akin to a bunker. Also accompanying the grand leader are two bodyguards. These loyal henchmen are experts at either close combat, or long range sniping.

In more recent developments it is believed that the Hodgepodgians have developed a luck generator, or perhaps they somehow mine this elusive substance. So far, details are sketchy, but in any case the results have proven quite effective.