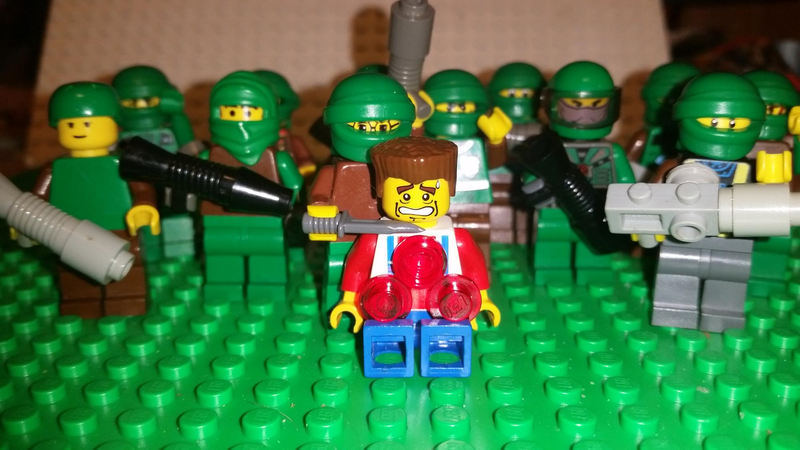 Triangular State militants publicly execute a blasphemer in front of the camera.

The Triangular State of Outer Haven "TSOH is a small Theocratic state in the north of the Gold Sector, They are vehement believers of the Triangle Bible

The TS is considered a terrorist separatist organization by the Galacian Republic, and considered to be a Cult by both the GR and Maripol Pact. It is at war with all other powers in the sector. It mainly fights with the Kingdom of Volhinya, a pact member, as both are more or less contained in their immediate area in the sector, and neither the GR or other pact forces have the time to bother with such a small threat.

The lives of TS subjects revolve around their religion, non-believers are cast as blasphemers and executed on the spot by militants. Aside from terrorism, most of the state's income comes from salvaging junk. Worlds under TS control are usually blockaded by Pact or GR ships, meaning very few supplies are available.

Triangular Military forces are comprised of paramilitary militants and is not a professional standing army. Arms and equipment are assembled from materials salvaged or purchased on black markets, resulting in a motley array of weapons and equipment. Nonetheless, their troops fanatical devotion and utter lack of fear means they are not to be underestimated.

Despite their ramshackle appearance, they were responsible for dealing a crushing defeat to the Kynazdon of Volhinya,crippling the small empire when their monarch was killed in battle.