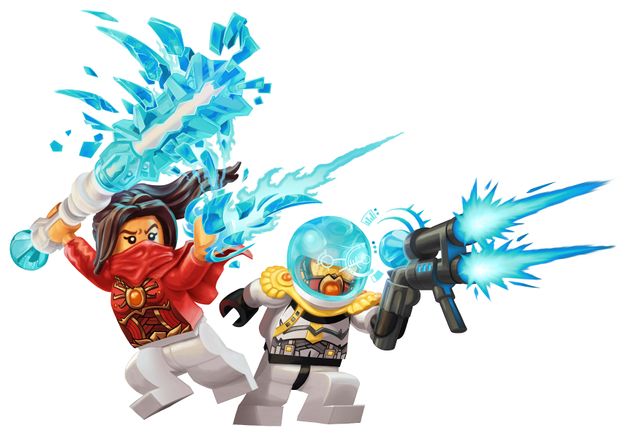 Before the galaxy in it's present, there once lived a great star civilization known as the Grand Uasciri Empire. The Uasciri gained prominence do tho their ability to draw magikal energies from different types of transparent ore, bending and shaping these elements to do their will. Under the Grand Imperial Chancellor, one of the leading mages of the Empire, Arthur Pendragon, founded the Order of the Mgikstrate, a magikal task force that operated as the inquisitors and special operations of the Empire. They amassed the most skilled soldiers, mages, and minds of the Empire to spread Uasciri influence across the sector. The Uasciri quickly overran several star systems eventually growing into a vast Empire ruling the Magenta (now known as Uasciri) sector.

In the height of the Empire, Grand Imperial Chancellor Thomas, ruler of the Uasciri Empire, thought it best to stop the military campaigning across the sector and focus on things like culture and the arts. These pursuits were trivial to Arthur who sought more magikal power. Arthur and Thomas clashed and their disagreement about the direction of the Uasciri started to fracture the foundations of the strong Empire. The other small Nations surrounding the Empire saw this fracture as their only chance to possibly hault the unstoppable tide that was the Uasciri. Led by Clarence Fang, one of the Noble lords of House Fang (Of Planet Draykarus), These small nations started to form the Anit-Uasciri Coalition to thwart Uasciri expansion and influence. They bid their time and waited for the fractures to deepen.

in the Star Year 2005, Grand Imperial Chancellor Thomas gave a speech to his Empire calling for a new age of prosperity and culture. He promptly issued a decree formally disbanding the Order of the Magikstrate's military operation to transition them into more of a policing role. Furious, Arthur staged committed an act of treason by taking the Order, cutting ties with the Uasciri Empire, and leaving the sector. Arthur ripped out the core of the Grand Uasciri military by taking the Order, leaving them in an incredibly weakened state. In the choas of the Magistrate's absence, the Anti-Uasciri Coalition launched a full scale invasion of the newly crippled Empire. Thomas was blind to the unrest in his empire and was completely caught off guard. Woefully unprepared due to the loss of his strongest military asset, planets and systems held by the Empire quickly became claimed by Coalition forces. By the time word of the invasion reached Arthur on the other side of the galaxy, many of the territories had fallen and the war was inching closer to the Imperial Capital planet. Although betrayed, Arthur rushed back with the Order to try and fend off the invasion or at least save what was left.

The invasion had gained too much momentum and the battle was a losing cause. The fighting had engulfed the planet bringing the war right up to the gates of the Imperial Palace. Arthur and the Order fought off the Coalition forces the best they could, but were losing numbers quickly. Arthur and a regiment of mages and soldiers tried to hold the Throne room and protect Thomas until they could be safely evacuated. As they were barricading the doors, Clarence Fang and a group of coalition forces broke through and into the room. The forces collided with heavy casualties on both sides.

Arthur and Clarence locked energy swords. They clashed back and forth as their heavy strikes echoed above the sounds of laser bolts and carnage. Clarence outmaneuvered Arthur, cut off his arm, and pushed him aside, defeated. He then approached the shriveling Chancellor of a once great Empire and held him before the chaos of the throne room. Clarence threw Thomas onto his knees and declared that the Uasciri Empire was no more. With a swift chop he decapitated Thomas.

Arthur laid distraught at his former ruler and friend’s death. Mustering up all he had left he cried out as he launched himself off the floor with a beam sword in his good hand towards Clarence. The two engaged in more fighting. With the loss of so much blood, Arthur was quickly being overpowered. Seeing the duel as a lost cause, Arthur yelled for a retreat. As what was left of the Order of the Magistrate made their retreat, Arthur did the only thing he thought he could do to ensure the safety of the rest of the Order. With all the life force he had left, he unleashed a cataclysmic amount of magical energy that destroyed the palace and everyone in it. Though them empire fell, he inflicted a major blow to the coalition halting most of their campaign.

The Order made its retreat and the Uasciri Empire had fallen. The remnants of the Order turned to Arthur’s son, Ibeus Pendragon, for leadership. Ibeus reforged the Order into The Imperial Magikstrate and has vowed to seek retribution for his father by forging his own empire.

UNDER CONSTRUCTION
Advisory Parliament
The Pentagram

These are the basic weapons used in the Imperial Magikstrate Military. This list only contains common weapons used by infantry. Unique weapons that are specific to a character are not featured here.

Shout out to Silent Sigfig for help with most of the flavor text.