The Communo-Fascist Insurgency describes a series of invasions from Communist or Fascist nations. Most invading nations happen to be a member of the Axis, while most target states formed the Intermarium Coalition, providing help for each other.

In BR 2,014, two former Soviet vassal states (Poland and Magyar) broke free from the influence of the USSSR in a series of national uprisings. After the uprisings' success, these states began to rebuild their fractured economies and militaries, in order to provide better defences against intruders. That also caught the attention of the Space Nazis, who promptly launched several raids on Polish worlds, with little success. To add insult to injury, the Nazis lost their NATO membership to the Konfederacja and thus their place among the greater powers of the Nehellenium Galaxy. Embittered by these recent failures, the USSSR and the Nazis gathered their forces and convinced several other Socialist and Fascist states to join their quest for galactic domination.

Main Operations in the Purple Sector 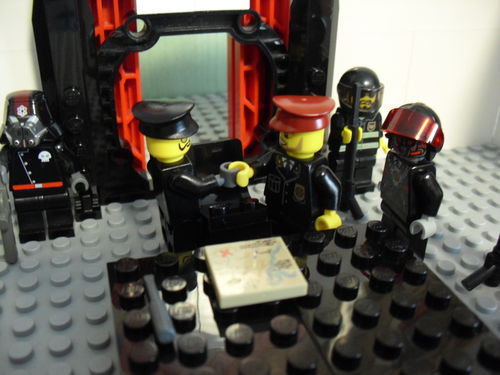 The foreign ministers Schwanzschlagen and Molotov sign a pact to determine the proposed partition of Polish and Magyar lands.

In BR 2,015, the Space Nazis and the USSSR agreed on a joint operation against the states of Poland (including the Konfederacja Polska and the Krakow Union) and Magyar, that just recently regained independence from their former oppressors. However, the Magyar secret agent Grabovszky obtained vital information about this operation and promptly handed them over to the governments of the proposed target states. With the newly gained knowledge about these attacks, both states began to tighten their defences and prepared for the coming storm.

The Nazis began to attack from the west and hit several key locations, like the Starport of Nowy Gdańsk or the BT Mines near Planet Poznań. While the intruders have been quickly dealt with, they still managed to commit several cases of mass murders among the Polish Civil population. The most notorious example for these crimes was the Destruction of Planet Puczysk by a summoned Brikthulhuid daemon, yealding the death of 4 Billion Poles. 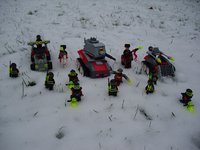 In order to prevent another massacre like that, the Poles ans Magyars started to further bolster their homeland defences against the upcoming Axis invasion. And indeed, after Axis forces arrived at the moon of Röszke, the Invasion of Magyar started at January of BR 2,016. Communo-Fascist forces had their first success at Planet Visegrád, where they crushed Magyar defences and the Nutzees managed to revive the Ancient King Zoltan III. However, Zoltan was cunning and killed the Nutzees, while going on his own crusade against the Magyars. Furthermore, the Soviet forces were close in obtaining the Greater Titan technology from a wrecked Seraf-class Titan on Planet Miskolc, if not for a Polish-Magyar cavalry squad, that preempted their efforts. Finally, both Zoltan and the Soviets have been ultimately defeated at the decisive battle of Debrecen, ending the Soviet invasion of Magyar.

This page should provide information about several conflicts, that incluse a Communist or Fascist invasion as a part of other players storylines (either as a central part or as a side plot). Thus, others can include their campaigns into that page, by using the Campaign template.