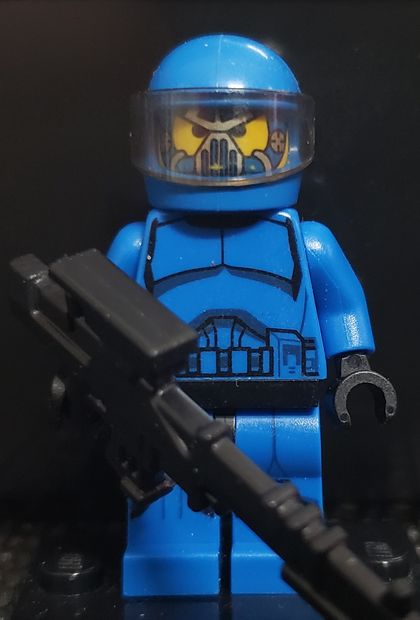 The First Echelon are a group of Deckers and Soldiers from the Monolith Battleplates, with a particular interest in Cybernetics and Electronics

The First Echelon rose in the Sigma region almost completely under the Radar, Their early history and origins are largely unknown. But sometime in the months before The Crash, they had emerged as a small yet dangerous player in the competing factions of the Monolith Plates. After the terrorist attacks by the Black Legion against the Anwar Council, The First Echelon burst into the bountiful Alpha Plates and seized control of many significant resource zones and factories that produced goods, Immediately drawing the ire of the Syndicate for disrupting their business interests, as well as powers dedicated to the protection of innocents like OSKOM and the Stroiteliga Bratva. Echelon safeguarded themselves against retribution by forging an unofficial alliance with the mighty Monolith Imperiya, by means of selling them resources at a hefty discount. Thus a smaller group was able to compete with the big ones, just by striking and conquering at the right time.

The First Echelon is largely neutral on many of the issues that divide and pit the others against one another. If they do have a stance on the issues, they aren't upfront about them. Their immediate objectives seem to be driven towards the establishment of their own empire in the South and Western clusters, far from the drama of the majors

The First Echelon is led by the enigmatic Toph. A ruthless and despicable character who has a talent for backstabbing and betraying. Largely a megalomaniac and a dictator, Toph gives power only to those who have proved useful and obedient to them. Dissent or noncompliance to the leader usually results in demotion all the way to expulsion

The First Echelon's military is a smaller, but high tech war machine. Their forces utilize both squads of laser equipped grunts, as well as formations of Veteran Marines with high powered long range Gauss weaponry. Their vehicles also employ a mix of laser and Gauss armaments. In general, their doctrine focuses on obliterating their foes from afar. Minimizing the need to get their hands dirty.