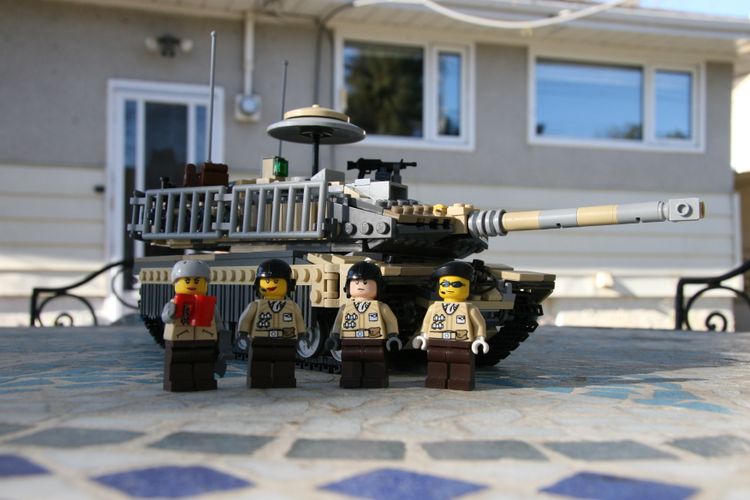 The crew of a Leo.2A6M CAN+ pose for an afternoon photo.

Built to Canadia Star Legion specifications, the Leopard 2A6M CAN+ was an advanced Main Battle Tank during its time. Designed and built by ABS Defence Systems, the Leo. 2 series rapidly outsold units of the Jackson series. With a top speed of 10" and wielding a 6" cannon, the Leopard 2 is a force to be reckoned with on the battlefield.

A Leopard 2A6M CAN+ undergoing maintenance.

The Leopard 2A6M CAN+'s crew consist of a commander, gunner, loader and driver.

x1 TROPHY MK. VII - TROPHY is an active defence system, with a 5 in 6 chance to intercept rockets before they make contact with the friendly vehicle. It has no minimum range, with four uses. 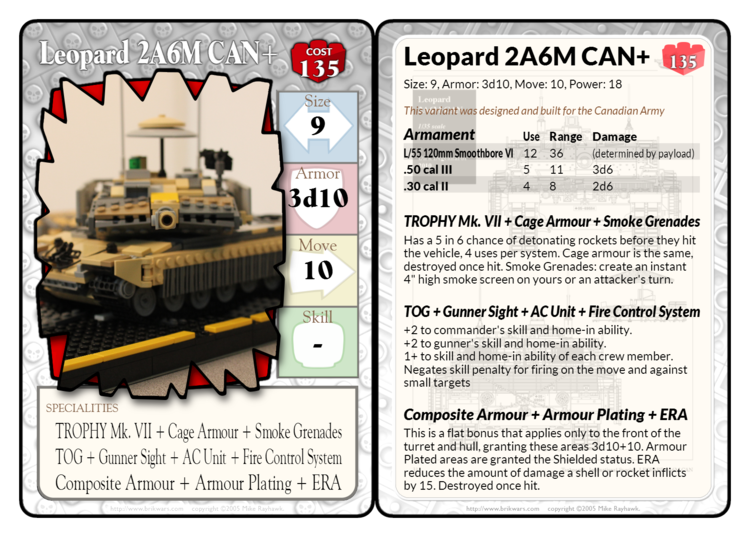