From BrikWars
(Redirected from MAOX)
Jump to navigation Jump to search

A long time ago, BFenix had an idea.

The MAOX (aka Zordorian Empire) is a militaristic consortium of the most vicious armed forces in the Nehellenium Galaxy, organized under the same banner and following a constitutional empire under a representative democracy with guaranteed personal liberties. Stratification of society (especially with regard to the influence of the warrior-elite) make the Zordorians less open to pure democracy than claimed. A deeper look at the actions and history of the MAOX casts even more doubt on their claim of democratic ethics.

It has gained major influence over the latest galactic conflicts mostly through mercenary contracts, being hired by various star civilizations and factions for numerous types of military interventions. A pillar entity not only in weapons R&D but also in the competitive and lucrative arms market. With the coming of the Immortal War and multiple other hot pockets of conflict throughout the Brikverse, the MAOX is facing times of great prosperity and opportunities - its growth and might beginning to make greater powers doubt if riches are the only goal of this "mercenary nation" or if that is just a means to an end of something far bigger...

"The two most powerful warriors are patience and time." -Voltaire - Historic Glimpse

The MAOX came into being through the very nature of its existence - war.

BFenix dwelled upon a system with multiple habitable worlds once ruled by several noble houses that had been fighting each other over territory, resources and control of the region for hundreds of years. They played a game of power and a war of attrition, isolating and slowly depleting the system and consuming themselves in the process.

With the possibility of outside intervention tiping the balance of power, the small but very capable mercenary army saw an opportunity and constructed a careful coup to overthrow the feudal disputes and sever their grip on the system and its inhabitants, opening up a new position of power. By doing so in an epic campaign, the noble houses were extinguished and the people, looking for a new beginning and someone to lead them, turned their heads to the young conquerors. These houses were fragments of ancient Kingdoms that made it to the Tek Level 5, some even had members of other Brikverse cultures like Bavarians, Trattorians, Poles and Brittanians that somehow ended up there, perhaps evading their homes, imprisoned by the nobles or attempting to explore the system. This diversity ended up being a huge plus to the future empire thanks to the strong characteristics these people emitted.

"If I have seen further it is by standing on the shoulders of giants." -I.Newton - Ideology

The sheer variety of cultures, knowledge and races developed a greater people as a whole. Researching and debating ancient history, the MAOX takes as example the great empires, civilizations and rulers - accounting their past actions when developing new guidelines to steer the way of the young empire.

The mixture of strategies and ways of waging warfare created a formidable new kind of military. Extremely flexible, experienced, varied and competent in nearly all fields and aspects of combat. Truly masters of the art of war.

Fuzing the multiple intellects and scientific theories gave birth to fascinating technologies, sky-rocketing the empire with high-tech machinery and most importantly, devastating weaponry.

Thanks to some established relations with the Vol, MAOX's scientists and engineers teamed up to further enhance the performance characteristics of the existing magnetic teknology. Since Ballistic and Kinetic weaponry has been highly dismissed by most star empires due to the vast market and easy maintenance of Energy-based weapons, the area was lacking its amount of interest and was wide open for investment. Thus, highly powerful new variants of weapons which propelled projectiles at ludicrous fast speeds using magnetized super-charged rail systems were created. From small-sized minifig-portable rifles to extremely large cannons mounted on starships, among the numerous types of destructive systems developed by the MAOX, the railgun stands as its death-dealing signature work.

Mechs are the powerhouse of most ground forces. With a vast arsenal and assorted equipment, there is practically a mechanized monstrosity suited for any role that the unforgiving battlefields of the Brikverse demand. As of late, it is said that plans for a top-secret large-sized mech development and construction project, codenamed "God Slayer", are underway. 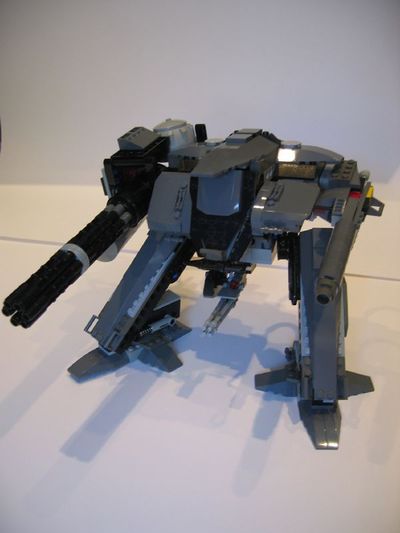 Known for its ridiculous amounts of dakka, the Nimrod is often used as a siege and bunker buster mech/weapons platform. 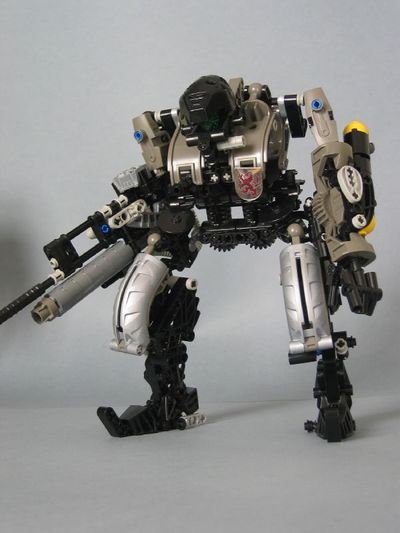 Very little is known about the secretive "Godslayer" project. It is speculated that the MAOX Mech R&D divisions have been experimenting fuzzing Bionicle briks with pilot augmentations for increased performance and awareness, bringing minifig and machine together. Some say the MX-1 was used by the Death Korps in the infamous Dark Ops due to its agility and stealth equipment, and that projects for far larger, Evangelion-inspired, counter-AC mechs are underway.

The homeworld for this mighty civilization is '''Zordor'''. A beautiful yet densely tailored fortress world, located in the Eastern border of imperial space, near the heart of the Nehellium Galaxy. Above all other cloud-hugging spires of metal and blackened-chrome buildings, one overwatches all. A colossal tower-like stronghold, The Citadel. In this stupendous construction of grandiose proportions, BFenix along with his trusted ministers and generals, The Templars, build and plan the future of the empire.

MAOX citizens, more commonly known as Zordorians (related to the capital and homeworld) live in worlds that mirror Zordor to a greater or lesser degree in most aspects. They all work towards the progress and development of the empire in various ways, yet, they can be independent from each-other also. Usually, each world is "specialized" and follows a certain archetype according to its role within the empire's anatomy. There are three main planetary archetypes, which are: Factory World (resource harvesting and production-focused. ex: factories, mines, greenhouses, power plants, assembly lines, workshops, etc.), Bastion World (military-focused. ex: fortresses, hangars, barracks, training and weapon testing facilities, etc.) and Eden World (populace, commerce, research, education and culture-focused. ex: cities, laboratories, markets, universities, hospitals, etc.). There are some exceptions which are Proto-Worlds, that fuse several planetary archetypes into something new. The renowned MAOX Mech and EXW (Experimental Weapons) R&D facilities on Krosah-VIII are a prime example of a Factory and Eden worlds combined.

Overall, the empire gives an above-average quality of life to most zordorians, although it is facing several social employment problems due to the high demand of manpower required by the military.

People like refugees, convicts, 1st stage works, POWs and those unfit for Zordorian citizenship live in the Underworld, which flourishes mainly in Factory-Worlds. 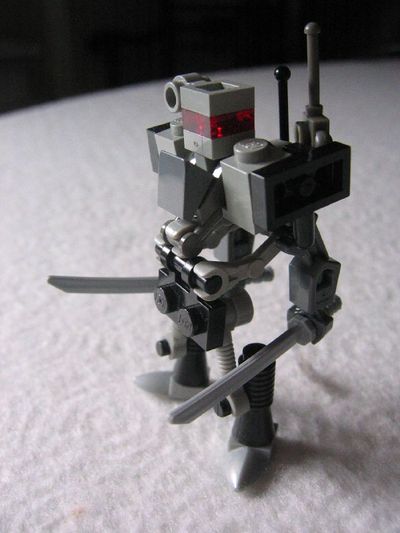 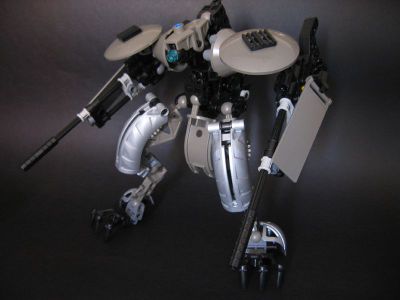 The HK-33 was an important step towards the development of new mech technologies. Despite his recon and hunter-killer role, it was also used as a training target for new mech pilots, a subject for UMV AI and Optical Camo testing among other important breakthroughs.

The MAOXian underworld is completely controlled by an ultra-secretive, semi-official organization know as 黒大門 (Kuro DaiMon), The Black DaiMon. This organization serves various purposes. It prevents criminal entities from emerging to power. It protects the top of the MAOXian hierarchic pyramid from said criminal entities. And it does some wet and dirty work that the imperial authorities wouldn't be able to officially carry out and report. While these tasks are indeed carried out, the Black DaiMon covertly also does the exact opposite and as such, it is a powerful and rich organization, second only to MAOX's Official Imperial Administration and it has threatened it quite a few times already. 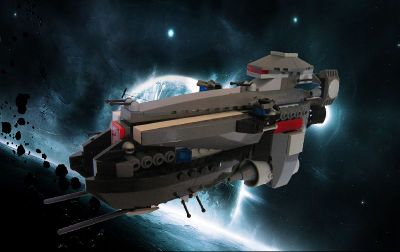 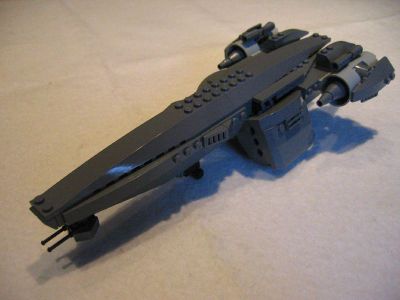 The Avenger Dive Strike Droid was an experimental project for unnamed swarm fighter bomber AI units to be docked in larger SHIPs and support both naval and ground units. 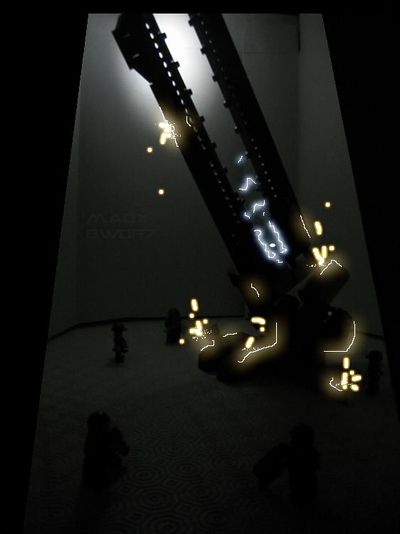 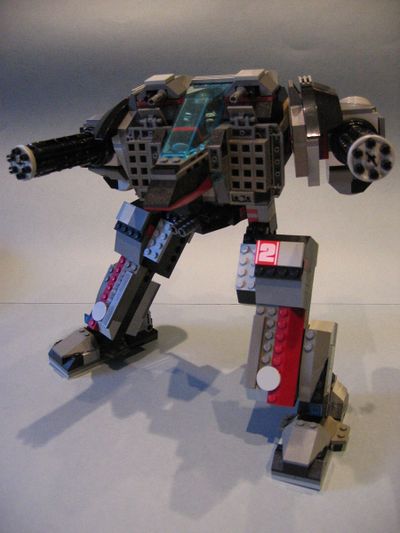 The Hellraider Assault Mech has been in service for many years now and it has proved its worth in a large number of conflicts as an extremely powerful and reliable frontline weapon. Plans for a second generation of assault mechs are underway. Death Korps Operatives in action at the QoP: Head Separator Part III (by Natalya) Dealing some damage on an Assyrian SDT.