This side contains most named characters, affiliated with the Unified Republik of Poland and it's sub-factions, whereas more important characters receive their own pages. 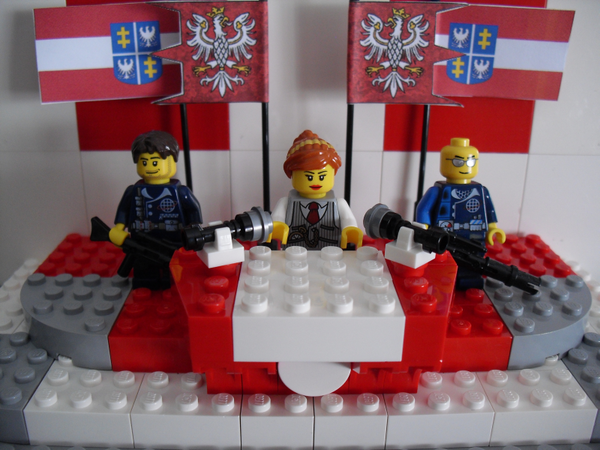 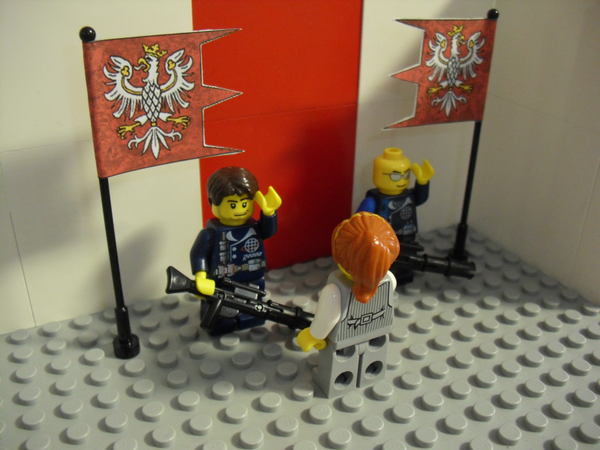 Bolek and Lolek are two brothers and the Prezydent's trusty bodyguards, always keeping an eye on her. On occasion, both are the drivers of her personal limousine, the Superalfons.

The Sejm is basically the Confederate parliament, composed of politicians from different parties. In times of peace, the Sejm never manages to agree on any decision and never gets shit done. Luckily, in times of war, the whole political power gets transferred to the Prezydent, allowing her to act way faster. 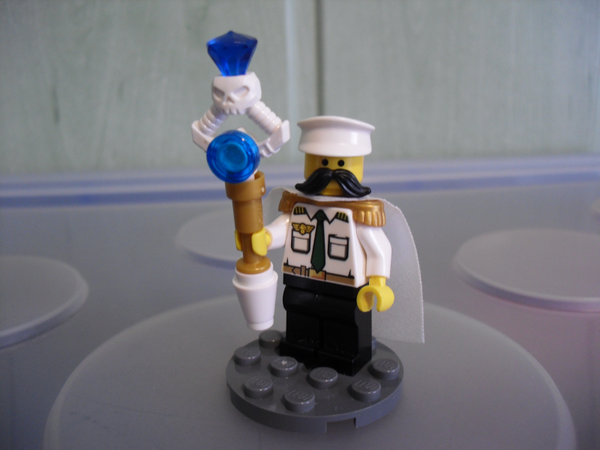 Bogusław Dudek (Polish pronunciation: [bɔɡuˈswaf ˈdudɛk]) is the child of a Polish stewardess and a Deadly Spaceman, hence the generic baby face. However, he is also a well respected and experienced Naval Commander, eventually rising to the rank of the Wielki Admirał, making him the leader of the Confederate Star Fleet. He also commands his personal flagship, the OKP Chrząszczyżewoszyce, a massive dreadnaught with overwhelming firepower. 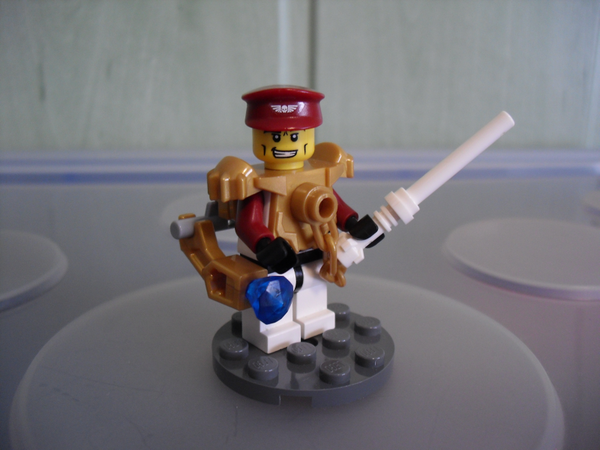 Ryszard Mazurek (Polish pronunciation: [ˈrɨʂart maˈzurɛk]) serves as the Supreme Commander of the Intermarium Coalition, yet he always makes decisions with the advice of a security council consisting of officers and leaders from Coalition member states. He was also the one, that put all the state funds into the construction of the Seraf Greater War Titan. He ran for the election of the AN General-Secretary, yet resigned in order to deal with more important issues. 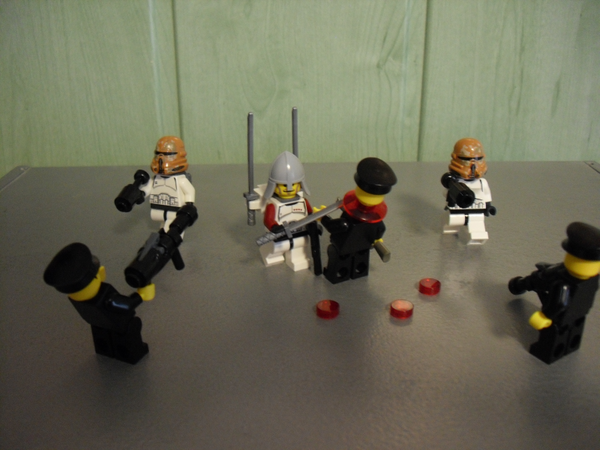 Stansisław Sosabowski (Polish pronunciation: [staˈɲiswaf sɔsaˈbɔfskʲi]) is probably one of the most experienced high ranking officers in the Polish army, who fought on different fronts, way before the formation of the Konfederacja. He fought in the armies of Magyar and Britannia, in the hope of regaining independence and freedom for Poland. In the Britannian army, he joined a jetpack division, but he and his man got fired, due to being blamed for the failure of an important operation. However, his efforts were not entirely unrecognized, as he was reintroduced into the Confederate army, in his old rang of a general. Now he does everything to defend his fatherland from the hordes of evildoers that would harm her. In BR 2,016 he was captured by the Lietuvans during a failed operation on the Byelorussian Planet Baranavichy. 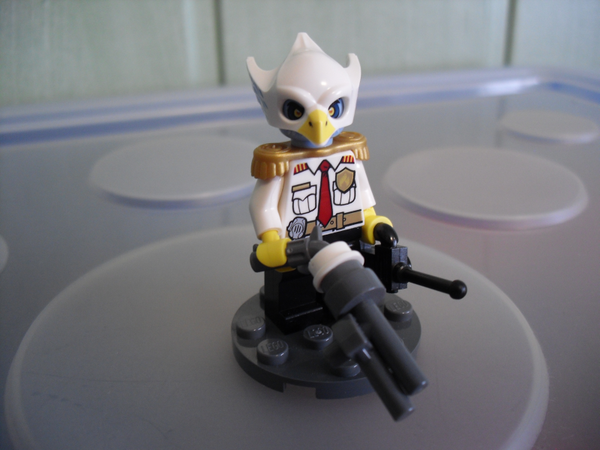 Ignacy Sowa is well-known for his efficiency as a leader, yet notorious for his low failure tolerance compared to his other work mates. If not for strict regulations that disallow bloodshed among Polish military staff, he would have already blown-away countless of his own soldiers with his Sit-Down-Shotgun. Rumors have it, that he already pecked out the eyes of an lieutenant for screwing up a rescue mission. 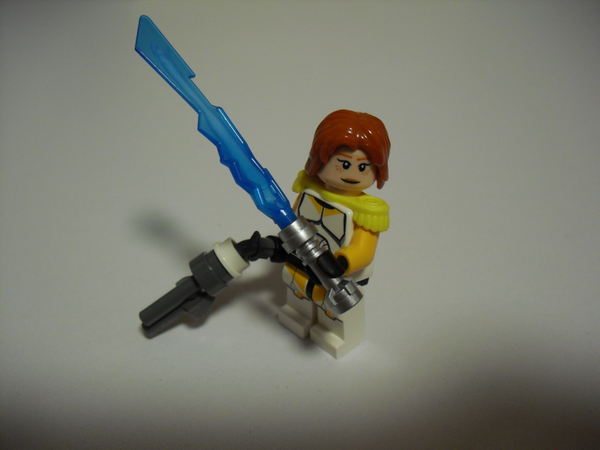 Magda Pierunska is an ethnic Tatar, serving in the Confederate Star Fleet. Although she faced discrimination, due to her ethnicity and skin colour, Pierunska was never brought down by any of her workmates. In fact, she managed to achieve several victories, such as the Battle over Nowy Gdańsk and therefore impressed her superiors with her skills as a naval commander. 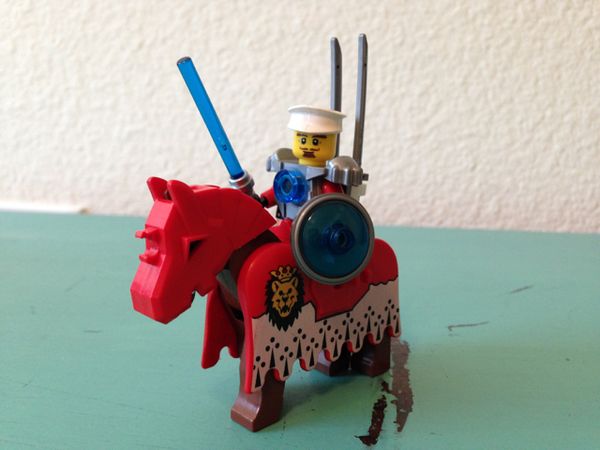 Tomasz Rzeka leads a Polish contingent in the Magenta Sector, aiding the Imperial Magikstrate in fighting Communist and Fascist forces. 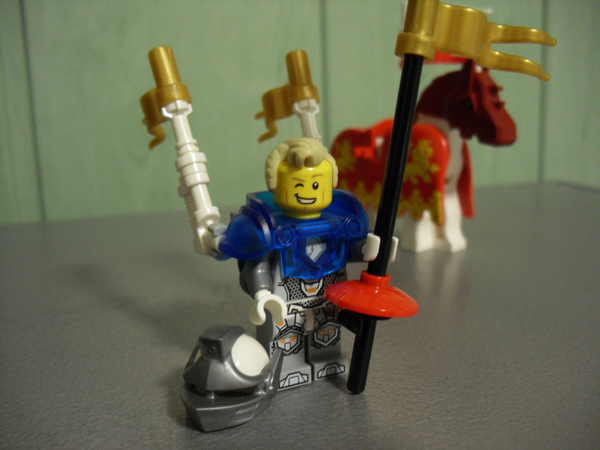 Hrabia Konrad Sierakowski is a skilled horseman of noble linage, serving the Husaria . While his skills in horsemanship and leadership are remarkable, he's a quite difficult person to work with, which is mostly due being more egocentric than most Poles, who are far more dedicated to their fatherland or the Great Creator rather than themselves. 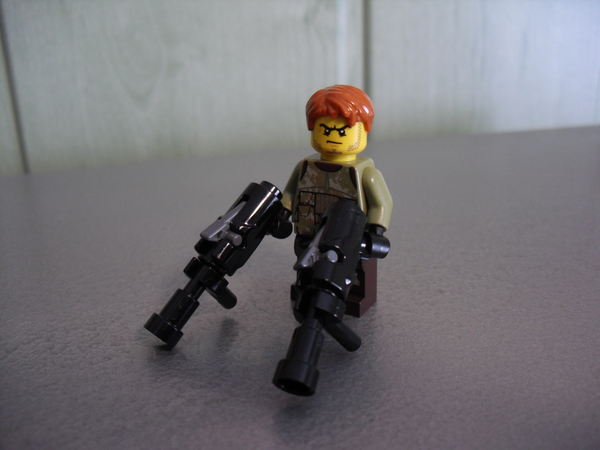 Wilhelm Blazkowicz goes around castles, killing Nutzees and isn't afraid of anything. 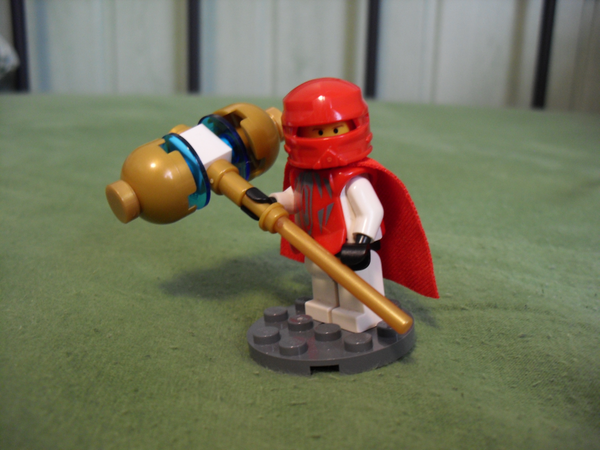 Kaifasz is the current Order Master of Dobrzyń and used to be the High Forgefather, before Grzegorz. He wears heavy armor forged out of black steel and wields a mighty hammer named "Gniew Wielkiego Stwórcy", that he uses to crush anyone, who dares to oppose the Order. 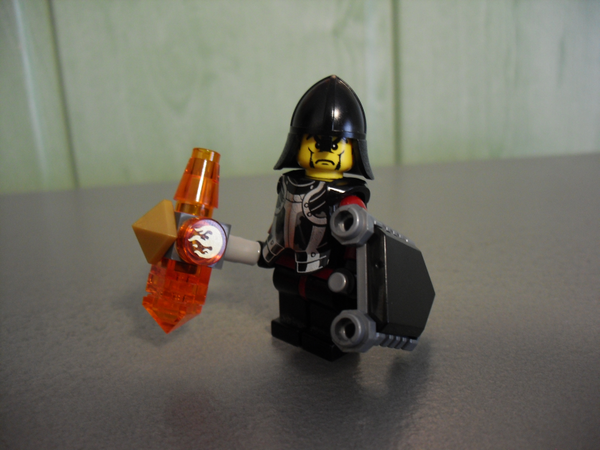 Grzegorz (Polish pronunciation: [ɡʐɛɡɔʂ]) is a well respected member of the Order of Dobrzyń, known for his expertise in engineering and manufacturing weapons. He was the one, developing frames for effective yet power efficient bi-pedal walkers like the Archanioł and Abaddon. He wields a mighty hammer, used both to forge new weapons and to smash sorcerers and heretics beneath it. Grzegorz fought together with his battle brothers and agents from the Blue Heliad Sciences Corporation in the Blue Transparent mines of Asteroid PN-12, defeating Nazi intruders and capturing a daemon in the process. 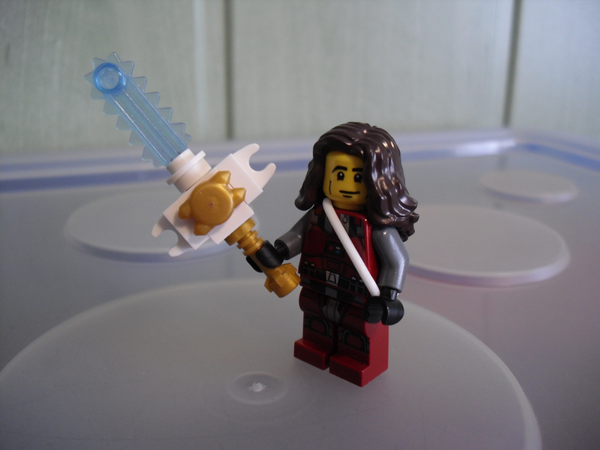 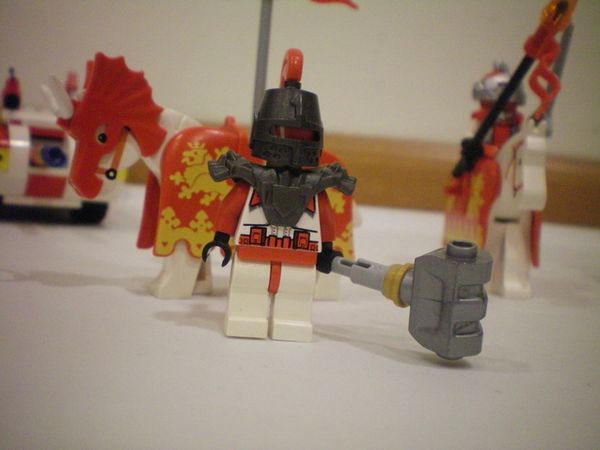 Gorliwiec Bartnik is a high ranking knight of the Order of Dobrzyń. He usually wields a mighty seismic hammer and prefers to fight on horseback. Bartnik was involved at the Brown Mountain incident, where he led a warband of his brethren against forces of the VoL and the 45th Union.

Church of the Great Creator 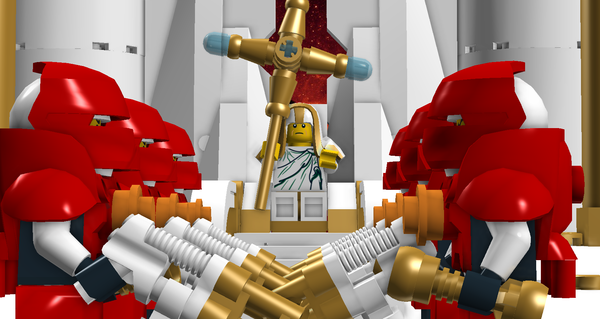 Tadeusz Aureliusz is the current High Priest of the Church of the Great Creator, who used to be a simple priest, before the fall of the Polish Kingdom. During the time of Communist occupation, he was forced to practice his faith in secrecy, yet he maintained several communities and managed to remind the Poles on the miracles, the Great Creator performed. After the Communists have been scared away, the Church could reestablish itself and Aureliusz took over the vacant position of the High Priest. 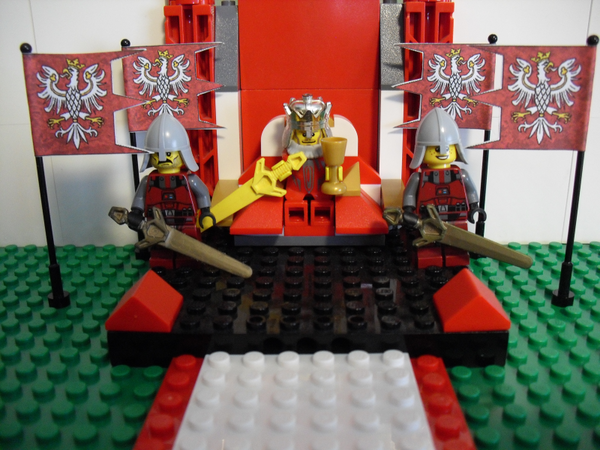 King Władysław II Jagiełło (Polish pronunciation: [vwadɨˈswaf jaˈgʲɛwwɔ]) was considered to be one of the greatest kings, that ever ruled Polish land. Under his reign, the Kingdom of Poland prospered and was in fact one of the most prestigious nations in the Galaxy. He was also the one to fight back the Teutonic Knight's aggression at the Battle of Grunwald. The Jagiełło dynasty is considered to have died out ages ago. 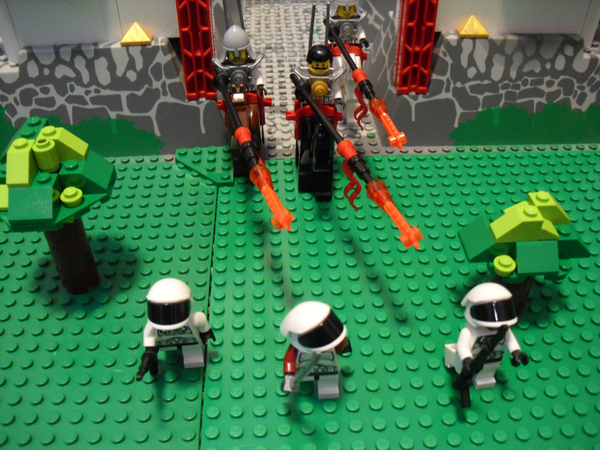 King Jan III Sobieski wasn't the best ruler in terms of administration, but could excel in combat like no other. During the Battle of Planet Vienna, he could present the might of his nation in front of the eyes of the leaders of the Galaxy, by leading one of the biggest cavalry charges in history, driving out the Ottoman hordes from the Austrian worlds. The Konfederacja named a Super Tank Destroyer after him, in order to pay tribute to their former king. 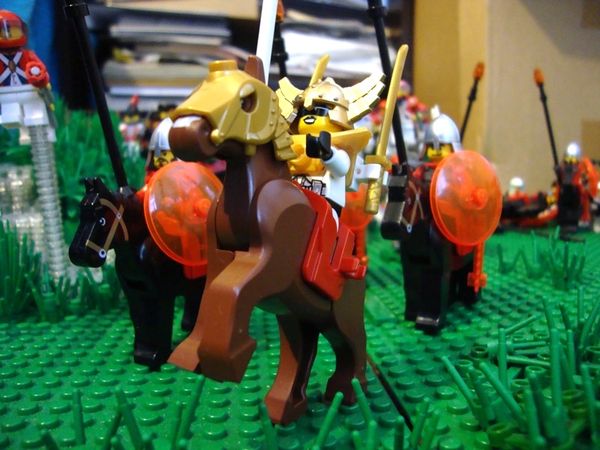 Aleksandra Walczak was a generał of the Husaria and fought with her men as mercenaries against the enemies of the former Polish Kingdom. The end of her career was marked by the Battle for the Yutonian Map, where she got killed by an artillery shell.