Warhead was raised in the frigid north by a tribe of primitive vikings, pirates and iceworlders, ruled by Warhead's mom. In his adulthood Warhead became the ruler of a mighty interstellar imperium through Koincidence.

Today Warhead has become a member of The Immortal Empire, and rules his realm with an iron fist like any good dictator should. It was under his control that Fico fell. 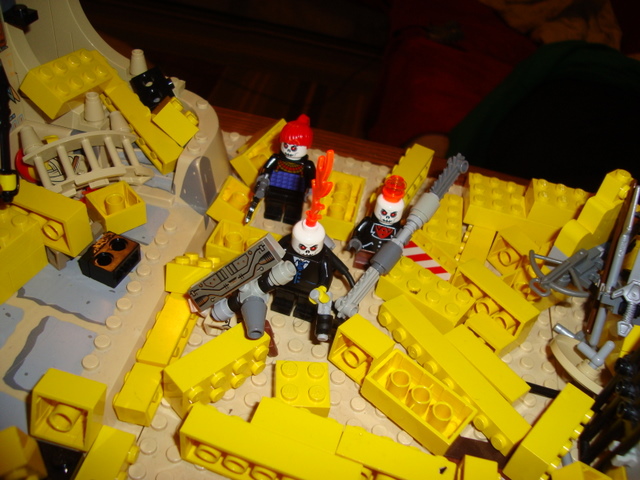 When the number of planets annihilated under Warhead's rule started to number in the hundreds (even before the crowning ceremony was complete), his meddling generals decided that something had to be done. They arranged a marriage for him with the lovely Mrs. Warhead, who curbs the worst of his excesses, but only when she's looking.

Despite near-constant dalliance with moms throughout the BrikVerse, Warhead has only one confirmed offspring: Mini-Warhead, who was born Immortal and is being trained to one day follow in his father's footsteps and bring death and madness to the galaxy. Others have claimed Warhead ancestry, including Silvadream and PedoNuker, but such claims are commonly interpreted as attempts to irritate Warhead and are rarely taken seriously. 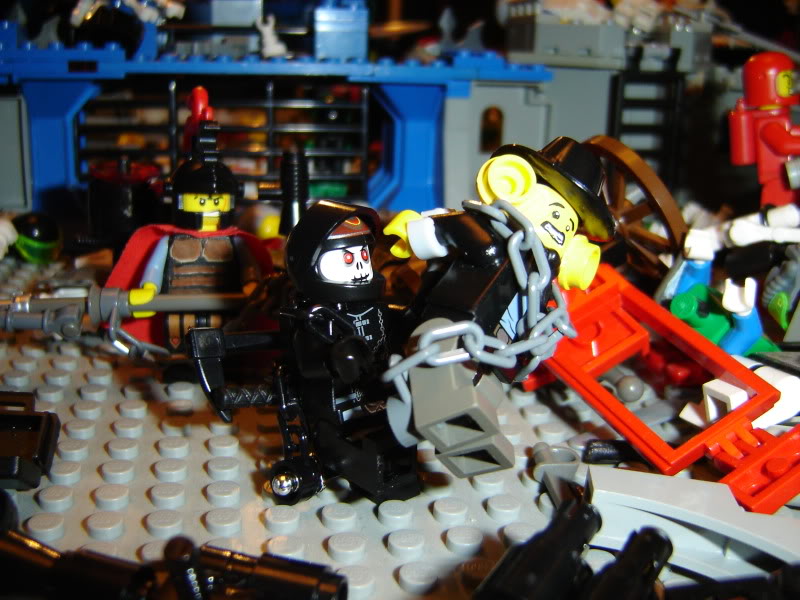 Warhead feeds J+B to Cthulhu with a kick to the pants.

Warhead is painfully suspicious of all forms of Beige Carpets, which can be used by Pedos to traverse time and space, like some kind of internet groomable TARDIS.

Warhead is subject to characteristic rages which often contain too much power to be localized to one minifig. These, refracted through the contradictory effect of being both Undead and Immortal, have a disruptive effect on the psychik fabric of the BrikVerse. Conflict, paranoia, open violence, and mom-lust erupt wherever Warhead's influence is felt. This has resulted in the appearance of Warhead's Evuul Doppelganger Negaverse opposite, Pacifass, along with the Nega-Nega-double-opposite FedoraNuker.

In response to his brief decapitation during the Fall of Fico at the hands of Agent Aegis, a Gamma Corps hero, Warhead picked up his own severed head and used it to slay Aegis. This was awesome, but the effort required caused different aspects of Warhead's personality to splinter off, shedding echoes of himself throughout the BrikVerse and leaving the true Warhead weakened. Two are known to reside in Medivo and Hellius; several more have been seen in other forum battles, and may even be responsible for the sudden increase in forum battles compared to previous years. It is thought that until Warhead regains all the splinters he will never be whole or as powerful as he once was. The task of hunting down these echo personalities is already underway. Some were spared, at least temporarily, for their usefulness in commanding Immortal Legions.