From BrikWars
(Redirected from Mother)
Jump to navigation Jump to search 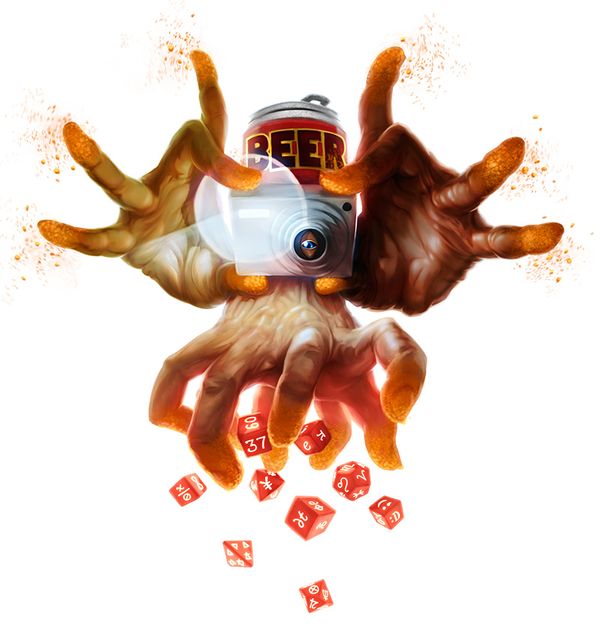 Minifigs theorize that Humans are a kind of sentient beer can, known to grow cheez-flavored meat hands and throw Dice when angered.

Humans are beings known only by myth and legend in the BrikVerse. It is said that they exist outside the time-space continuum, and can use their godlike powers to interfere at any place or moment, bound only by the great Rekonstruktions. The exact level of the humans' influence on the universe is debated. Some believe humans are in complete control of everything that happens, others think they follow the decisions of the Cosmic Dice. The most popular theory is that the humans and the Cosmic Dice rule together, linked by a substance called "Fudge".

The epitome of all evil in the BrikWars Universe, Anoraks are dedicated to all things awful, lame, manipulative, and worst of all boring. Anoraks are basically a variety of rules lawyer that feed upon the anguish of other players trying to have fun playing Brikwars. They bear the Tomes of Outdated BrikWars into their war on fun. An Anorak will insist that his interpretation of the rules is the only interpretation of the rules; indeed, such a person will aggressively pursue the idea that the rules as written are fundamental to a good time. Unfortunately, that good time will undoubtedly belong only to the Anorak as he memorizes and manipulates the letter of his law in order to win games and inflate his own pathetic ego. Any other players unfortunate enough to be caught up in the Anorak's game will find the enjoyment sucked right out of the experience as this vile form of human being systematically uses maths instead of creativity to overwhelmingly crush their forces and negate the entire point of playing a game. It should be noted that there is a fine line between an Anorak and an idiot. The idiot is annoying by nature with little capacity for self-control while the Anorak actively chooses to be a spoilsport, making him a far more horrid variety of evil. An Anorak cares little for camaraderie, the welfare of others, or growing creatively or socially as a person. Instead, she cares only for winning, the flush of false superiority, and being Right. Since Anoraks destroy the entire purpose inherent in the activity of playing games, it is never considered in poor taste to label them as such and slap them around some.

Examples of Humans in the BrikVerse

The following are some examples of Human Personalities in the BrikVerse. These are BrikWarriors that have BrikWiki profiles. Newcomers and older players alike may feel free to add their own profiles here.

Each year, a number of Community Contests are held to challenge the collective might and magik of BrikWarriors the world over. The winners of these grand contests are given Eternal Titles and take their rightful places in the annals of BrikWars History. Most notable among them is the Halloween Hellhunt. This battle report contest is held in honor of BrikWars' birthday and bestows the title of "Lord of Battle" unto its winner. The following lists these incredible personages and their respective titles: