The Time of the Old Empire

The people of Trion called this pre-spacefaring age "The time of the Old Empire", when a Monarchy ruled over planet Trion, and had just discovered the "magic crystals" which have today become classified as RT. They saw that these crystals had unimaginable killing power: simply exposing a man to the crystals would cause him to suffer a painful, cancerous death.

After the United Communist Powers, the Old Empire's enemy, weaponized these crystals and ravaged Trion, the monarch was thrown out, and replaced with a new government, a Republic.

The new Republic, the Republic of Independent Nations, was formed, and immediately delved into an explanation for these red crystals. The early RIN found that the crystals gave off extreme radiation, not "the energy of death". The Republic was then able to use its science to defeat its old foe, and use it as a power source to take to the stars.

The RIN's early days were somewhat mediocre, with a small military and little knowledge of Galaktik Relations. In these early days of BR 2,008 the RIN had foolishly aligned itself with the Immortal Empire. Later, the RIN saw the error of its ways, and declared war upon the Immortals.

Mobilization For The Immortal War

While the RIN had pledged itself in the war effort for the Immortals not one BR before, it did not have a sizable enough army to truly fight in such a war. After declaring war and allying with the Anti-Immortal Alliance, the RIN "reclaimed" large stretches of space from the Immortals, and industrialized. Many an amazing war machine was cranked out by the RIN's factories at this time, including the supermecha-class walkers known as the "Omega Doom"-class mech, a true feat of RIN engineering. However, during this industrial boom, the "independent nations" of the RIN quickly dissolved, and due to what some call "patriotism", all of the RIN's people simply started referring to themselves and their planets as "of the RIN" or "of Trion", and not as the nations they once were. Some speculate that this dissolution of the "independent nations" was due to the RIN's new leader, who simply referred to himself as "The Kommander", and promoted a great sense of nationalism.

The RIN and the Rise of the Third Alliance

The RIN in the AN-TA conflict

It was during the First Battle of New York that Alec met his end, presumably leaving The Man in the Top Hat in charge of the RIN.

The Death of the RIN, and birth of the Trion Empire

Following the death of Uberkaiser Alec, what had once been a united RIN found itself splintered in the question of succession. Many thought that The Man in the Top Hat was simply unqualified, and politicians and system governors all vied for dominance. This marked the beginning of a near three-year period where the RIN's participation in Nehellenium Politiks was severely reduced.

The Man in the Top Hat, a man so secretive the galaxy only knew him by his unnecessarily long codename, ended the conflicts by revealing his true name: Alec II, son of the former Uberkaiser.

Newly crowned Kaiser Alec II set about making the former "Republic of Independent Nations" great again, and renamed the faction. While the "Republic" had been a farce under Alec I, his successor got rid of any pretense and declared it a full-blown empire, of which he was the absolute ruler. With this rebranding and reformation came a streamlining of the Trion Empire (TE) armed forces, cutting out small and single purpose units from the RIN military, while keeping old favorites such as the Omega Doom supermecha, and the Land Raider carrier. New units are being introduced into the TE military as time goes on. As of G.R. 2016, the Trion Empire qualifies as a galaktik superpower. 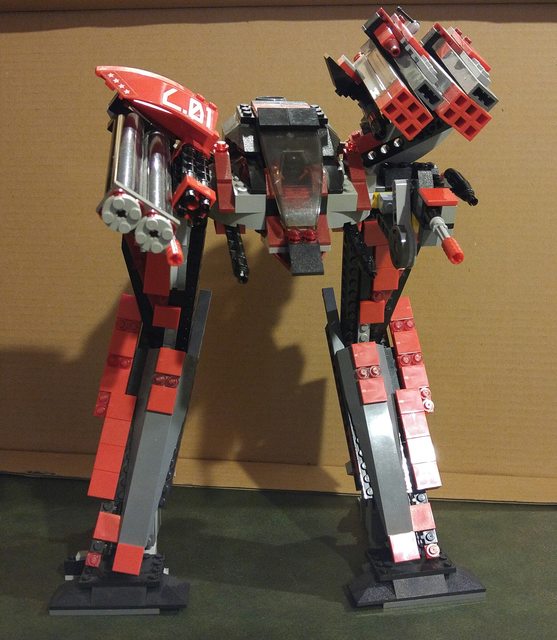 A Relic from the days of the RIN, Omega Doom supermecha are still produced today. 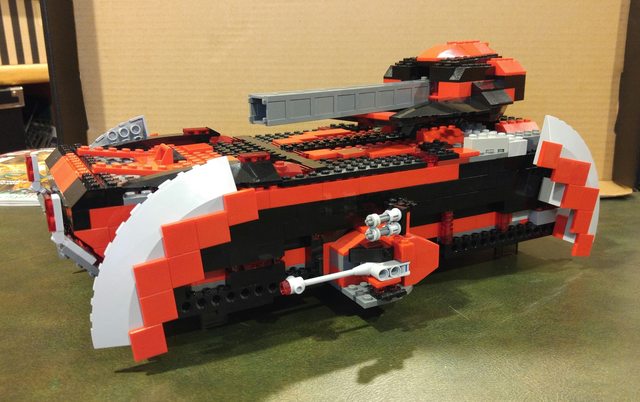