Among the many great powers battling for galactic dominance, the small collection of worlds known as the Frangerian Protectorate has perhaps the most unusual origin. In the wake of FICO, many empires began to shift to a war footing, coalescing into two great alliances. Great fleets clashed, heroes rose and fell, parents burned, and weapons of unparalleled power were unleashed, as the galaxy was shaken by the largest war in living memory. Into this maelstrom, one small planet began its own expansion. Ignorant of the larger war blazing across the brikverse, a great fleet was forged. They raised vast armies were to conquer the stars, and equipped them with weapons more powerful than any other. It was said that one conscript was the equal of any other nation’s commandos, and that no force could oppose the conquering armada’s might. Truly, the brikverse would never be the same. Full of pride, the fleet launched, confident that the galaxy was ripe for conquest.

The weapons and armor their home nation had given them proved woefully inadequate. Their ships were primitive and weak compared to even the second and third line vessels of their rivals. The technology and tactics that had helped them conquer their home world were centuries out of date. The massive army was dwarfed by the reserve forces of the great powers, which were in turn a mere fraction of their field strength. There was indeed an unstoppable armada with the will to bring the brikverse to heel, but it definitely wasn’t those poor sods.

Mere weeks after launching, the fleet encountered a smaller fleet of ASE warships. Unfortunately for the new arrivals, Admiral Donner, the fleet’s commander, was a peach and the Assyrian’s opened fire as soon as he hailed the Assyrian flagship. The resulting battle came to be known as the Shattering, as the Assyrians casually obliterated most of the opposing fleet. Admiral Donner threw most of his warships at the Assyrian fleet, buying time for a handful of his ships to recharge their hyperdrives and flee. His last act was to ram his flagship into an ASE dreadnought, obliterating his own vessel and badly damaging the Assyrian warship.

A handful of Donner’s ships managed to escape, fleeing into the battle with their hulls battered their crews devastated. Admiral Donner’s last order had been to flee away from their home and to never return, least they lead the Assyrians back to their homeworld. The survivors knew that any dreams of carving out an empire among the stars had died with the rest of the fleet. Scrubbing their nav computers of any trace of their homeworld, they set out to find a new home.

After several weeks, the Spacers (as the survivors of the Shattering came to be known) stumbled upon an inhabited planet, a small medieval world being contested by two rival kingdoms. The Leonic Empire and the Frangerian League. When the Spacers arrived, the League was crumbling, with only a few more decades before it collapsed complete. As the fleet’s food supply’s dwindled, it became clear that only an alliance with one of the terrestrial realms could save them. After several days of deliberation, the remaining command staff decided to began negotiations with the League, on the theory that saving their kingdom would grant them a lot more bargaining power than they’d get for siding with the Empire (where all they could do was hasten the inevitable).

The alliance proved fruitful, and within weeks the combined force had pushed the Leonic Empire back, relieving dozens of besieged cities. Within months, the Frangerian League was starting to put the Empire on the defensive, and a year later, had crush their ancient rival. For the first time in centuries, Frangeria knew peace.

During the war, the two armies had grown closer and closer together, and by the time the Leonic capital flee, they were acting as a unified force, with Marines providing cover fire for Frangerian swordsmen, Frangerian rangers rescuing Spacer pilots from imperial prisons, and satellite imagery helping cavalry units hunt down fleeing enemies. A year after the alliance began, it was announced that the conquered imperial provinces would not be occupied by Frangerian troops, but instead would be incorporated into the newly formed Frangerian Protectorate, a merger of the Frangerian League and the Spacers.

The fledgling nation expanded slowly, bringing more worlds in the Frangerian system under its control, and then eventually branching out to nearby stars. What had once been a handful of broken ships and declining kingdom was now a full-fledged interstellar nation. These early expansions were slow, as primitive FTL limited the range of the early colony ships, and the risk of another encounter with a hostile power meant those fleets traveled with a heavy escort.

Eventually, one of those lumbering colony fleets had a chance encounter with a Brittanian fleet, which lead to a meeting with a representatives of the Immortal Alliance, and an offer of membership. Seeing a chance to leapfrog decades of technological development and an opportunity for vengeance against the ASE, the Protectorate was quick to align itself with the Immortals.

For example, the Frangerian navy's signature PHASE cannon was originally intended to be a copy of Immortal plasma casters. When Protectorate factories proved unable to replicate the original design, the prototype was modified with Assyrian and Scythian laser tech, eventually resulting in the current, entirely unique weapon. While PHASE cannons can match the performance of any rival weapon system, they do so while requiring twice as much maintenance, drawing 30% more power, and being significantly larger and bulkier. 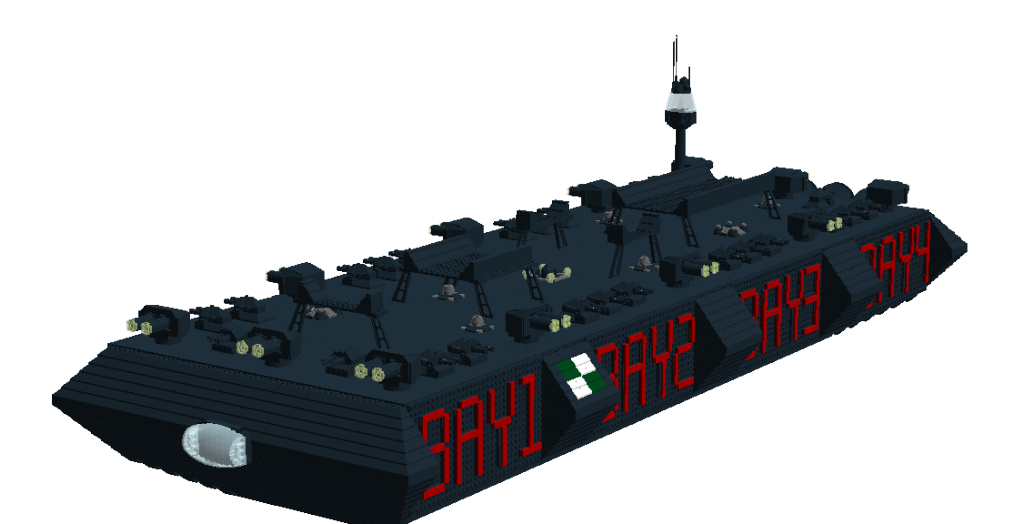 Relations with other Galactic Powers

ZMC: Active trading partner with the ZMC, whose supply of GT is a key element of most Frangerian tech.

Vol: Hostile to Vol after several raids on Protectorate worlds, both before and after joining the Immortal Empire. Frangerian units will engage Vol on sight outside of joint operations ordered by the immortals (though there’s still a fair amount of friendly fire, along with the odd artillery barrage that “accidentally” falls short and plasters the Vol formations).

Assyrian Star Empire: Extremely hostile to ASE. Frangerian units will almost always throw their full force at Assyrian troopers, to the point that Frangerians have been known to ignore more pressing threats in favor of engaging the Assyrians.

Scythian Empire: All Frangerian units have standing order to avoid contact with elements of the Scythian Empire. The Frangerians don’t want to risk a confrontation with the Scythians, as their ongoing conquest of local planets coupled with dispatching troops to the immortal war and fighting the ASE is at the limits of what they can sustain with their limited manpower, especially given that the Scythians have a massive tech advantage over the Protectorate.

TA: Frangerian diplomats have been attempting to recruit Bavaria for the Immortal Alliance, but have failed to make headway. There have been a few joint operations between Frangerian and Bavarian forces, mostly when Protectorate military forces engaged Anti-Immortal Alliance members who were also NATO members, however such cooperation is rare, and almost excursively the product of negotiations on the field of battle rather than cooperation between governmental bodies.

NATO/Allied Nations: Mostly hostile to NATO/AN, as most NATO members are also Anti-Immortal Alliance members. The Protectorate has lead several operations aimed at handicapping or slowing down the NATO forces in the AN-TA War, in order to drag out the conflict and inflict additional loses among the Anti-Immortal elements of NATO.

Peaches: As the Protectorate is a mixed yellow/peach nation, it is sympathetic to the plight of peaches, and Frangerian military forces are frequently deployed to protect peach settlements (not entirely out of altruism, as the Protectorate's positive reputation within the peach community does lead many peaches to join the Protectorate).