From BrikWars
(Redirected from 2010)
Jump to navigation Jump to search

BR 2,010 was without a doubt one of the most badass Reconstruktions yet (second because of BR 2,011). There were many conflicts and new factions entered the scene. Cool stuff was been built and many forum battles were fought. The Rekonstruktion has ended, but no one will forget its awesomeness.

Fight for the Artifax 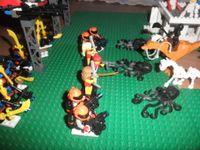 For reasons not generally understood by most, the Akkadian leader Piltogg decided to go on a quest for The Nine Artifax of Pre-Creation towards the end of BR 2,010. This prompted other factions to search for ones near them because the threat of every single Artifakt falling into the hands of one individual was considered too dangerous. Piltogg acquired the Standard of BrikThulhu in an attack on Carapithia IX -- an old war torn planet with ancient rainbow mines. Piltogg defeated Shaun Sullivan and captured the standard, giving him some power in the daemonic realm of things.

The Immortal Empire began preparations for war. Massive military growth by the Immortal Empire took place, coinciding with some intial conflicts. After they took Fico from the Gamma Corps in the late BR 2,009, they began forging alliances with other factions before they initiate an all-out war. The VoL were the first major faction to openly side with the Immortals, but this took place among dissent from within. The Vol were now trying to solidify their own political situation. The Akkadian Empire also sided with the Immortals. 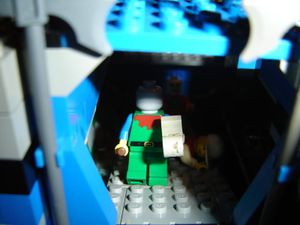 In the early stages of The Immortal War, a conflict of importance unfolded as Star Nations vied for position, known as Zombie Zulu Dawn. A strike force of Assyrian Startroopers attempt to retrieve an important Computer Core which they had secured from a underground cell of Peach Dissidents. The mission runs into problems when a zombie apocalypse spreads across the Britannian planet they are on, leaving the survivors to fight for their lives. In this battle we see carnage, mayhem, sex and huge explosions as Gods and Daemons, The Undead, Assyrian Star Empire (lead by the famous Major Natalya), Vol, Britannians, Time Travelling Super Jews, Manly Men, Bitches, Post Apoc Survivors, DSM, ProtoFigs, Peaches, Peach Stormtroopers, More Undead, Immortals, Undead DSM of the Azure Guard, BrikThulhu, Even more Undead, Hell'O' Kittah, Stubby, Almighty Benny, Arkbrik, Blitzen, Manly Fuckin' Santa, Wumin with boobies, J+B without his pants, Silvadream (with pants), Zombie Michael Jackson, BoB, Mega-Hoe, Predator vs. Aliens, a Micro Scale Space Battle, Zero-G-Jugs, Fleebnorks, Warhead and Mini-Warhead and guest staring Leonidus' dead mom in a thrilling battle of daring do against more undead than you can shake a stick at.

Alltimate Weapons entered the market as a producer of hardsuits and weapons. But Alltimate isn't the only Hardsuit manufacturer on the scene. In fact, SORD also unveiled their new product line and the Britannian Magistrate was introduced. If BR 2,009 was the BR of Capital Ships, this was the BR of light Mecha. In addition to mecha, many weapons were produced. For one, Immortal Tech greatly expanded its line of products in preparation for war. They introduced a number of platform-based artillery options which are mounted on repulsor lifts for easy transport. They then clamp down onto the surface and are ready to fire. The Holy Britannian Empire also built a variety of war droids. Alltimate also ended up flooding the Assyrian and Czech markets with light mini guns. The massive arms buildup by all factions meant that the galaxy was headed straight for war, which was ossum. The Assyrian -- Vol -- 45th Union arms race culminated in a massive invasion of a planet in the Caid Sector by the Assyrians. On a planet in the Caid Sector the Assyrian Star Empire sent a colonial militia to cull the local Peach inhabitants at the middle of BR 2,010. The Assyrians were trying to establish control around the warp portal on the Caid Sector side so that if an attack were to come through the portal to its other opening in Assyrian Space they would receive warning and have some time to prepare. In this particular battle, there was much slaughter, but the Peaches sent a resistance force to stop the slayings. After both forces wore each other down, forces from the 45th Union arrived to rescue some Peaches and to fight the Assyrian Militia, but a Vol Slave-raid arrived and fought with the 45th Union to "Liberate" the peach prisoners. At gunpoint. 45th forces managed to kill the Vol and rescue 8 of the prisoners, but the Assyrian Militia killed the rest. In all, 32 prisoners were executed at the horror shop known as McDonald's and approximately 30 dead from both sides lay strewn about the field.

Reports From The Field