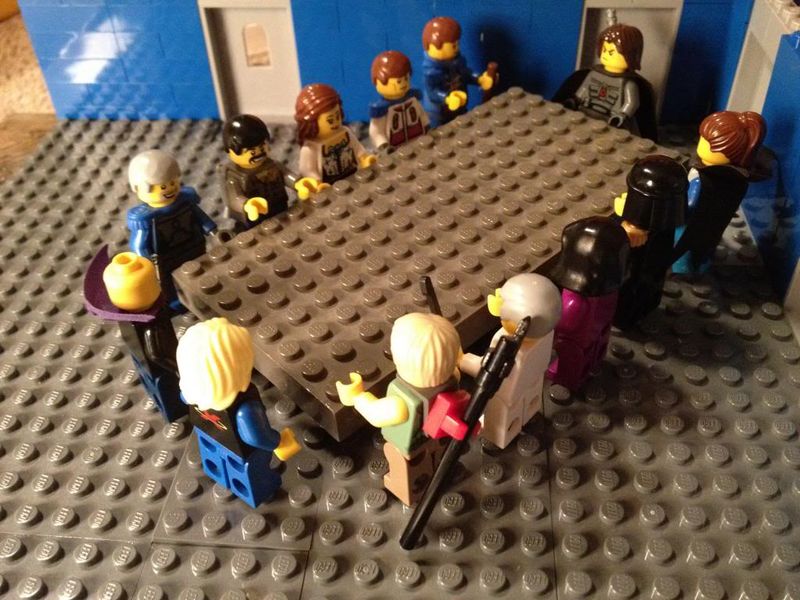 This page is essentially a depository for information on Bavarian characters too minor to merit their own page at the moment, but who nonetheless deserve a description of some sorts on the wiki. As canon accumulates, some characters will become significant enough to earn their own page.

Characters With Their Own Pages 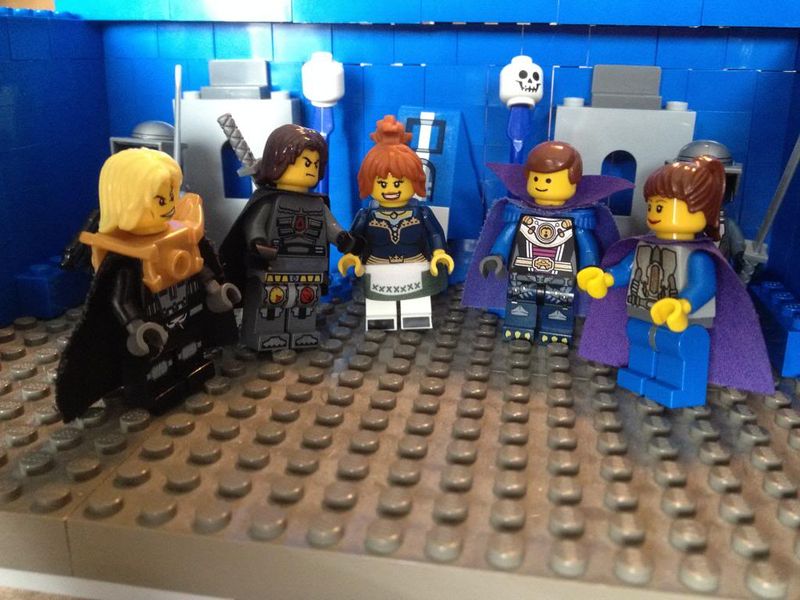 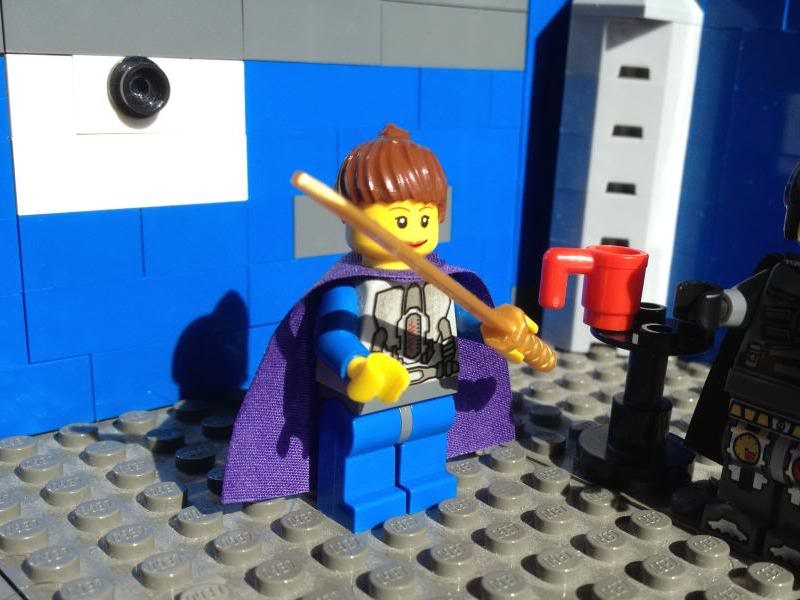 Prinzessin Amelie is the second born child of Klaus and Renate. She is a brilliant Naval strategist, and she has the closest relationship with Klaus out of all of her siblings. She became the Polemarch of Bavaria after training under Grand Admiral Ludendorff, which gives her the ability to lead the entire Navy. Since her appointment, she's modernized and expanded the Navy to the point where Bavaria became a Naval Power. Besides her youth, the fact that she's had sexual relations with a string of female pilots has made her a controversial leader to the other admirals. However, she is charismatic and her will is absolute, so they follow her orders. She is also an excellent pilot and an excellent orator. It's likely if she leads Bavaria, she will increase the number of females in the military and end the Wurstfest.

Amelie is also pretty badass, having once successfully fought off her much more powerful brother Klaus Jr. 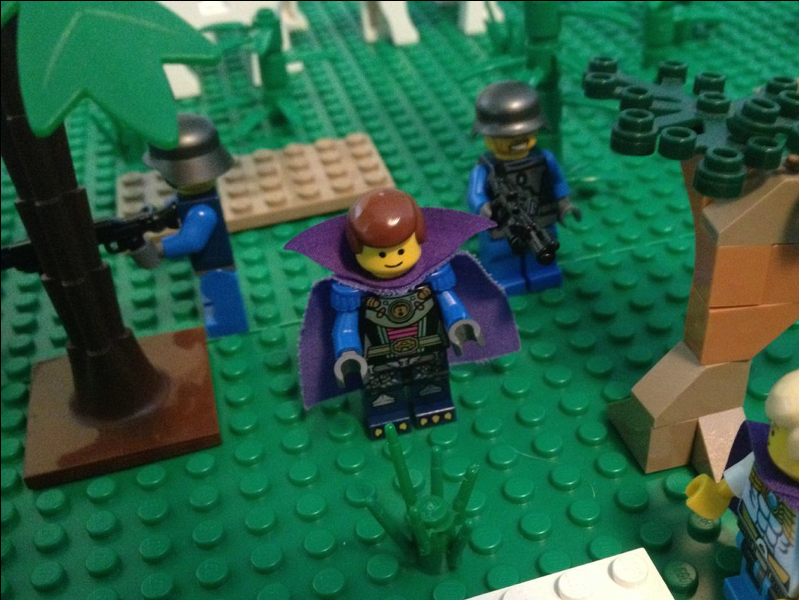 Karl "Gustav" Von Bavaria is the youngest living child of Klaus and Renate. He's a General who commands an army of tanks. He was wedded to Il Duchessa of Venice in a matrilineal political marriage. He is considered by geneticists to have the purest DSM DNA of the entire Royal Line, based upon his exceptionally generic face. 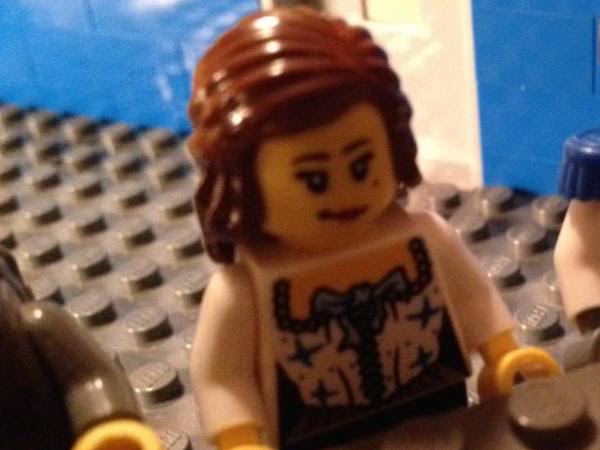 Konigin Ada was the wife of the late Kaiser Otto von Bavaria and mother of current Kaiser Klaus. She ruled Fynnland, which fell under Bavarian rule. She insists on independence for her people. 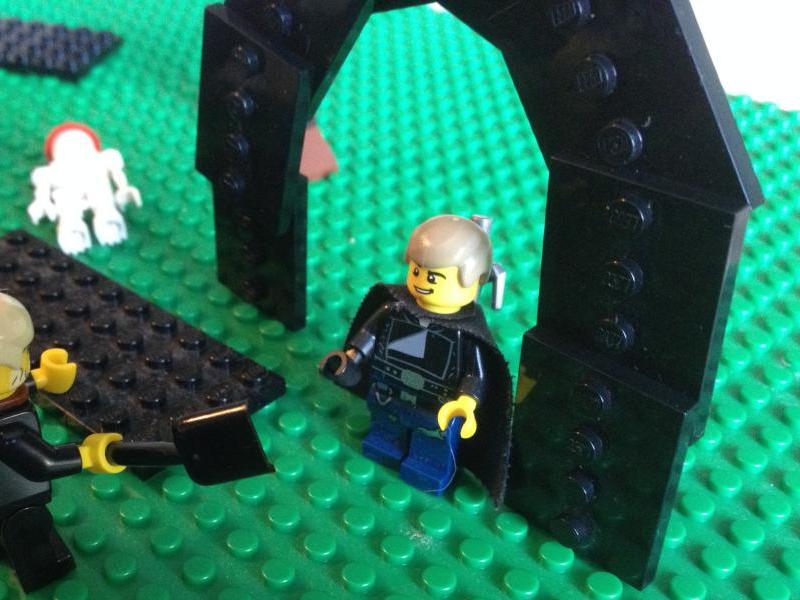 Vanderheim is a high-ranking Bavarian mage in the Magicians Alliance. He became good friends with Sackhead after the latter lost a game of Magic the Gathering to him, getting drunk together and grifting quantumsurfer Overwatch. 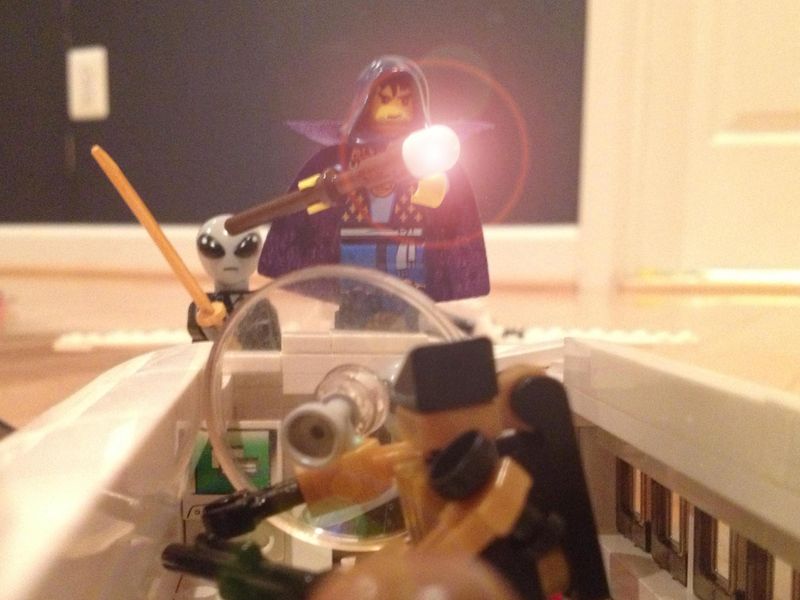 Imperial Kleagle Aurel Fenstermacher, Caster of Disaster, Beamer of Lemur, and Cardinal of the Farcical is a Bavarian mage in the Magicians Alliance. He is one of the MA's foremost experts on warping, portal, and blood magic. Although he has died numerous times, he always comes back thanks to being a magical girl. He participated in a raid against Director-General Dr. Mikoto and fought NATO forces on the Bavarian homeworld in Operation Dominion's Call. He also participated in a failed Bavarian/Magicians Alliance expedition on Medivo. 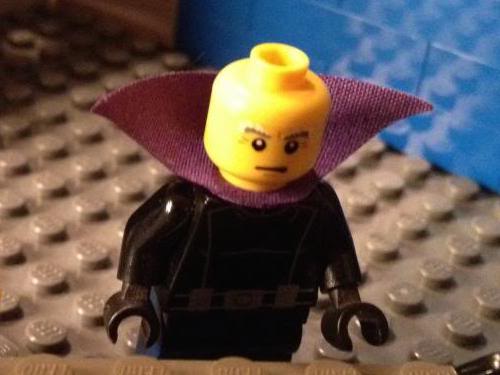 Direktor Boermann is Bavaria's Minister of War. He was responsible for fortifying Bavarian border worlds during the Yellow Sector Conflict. 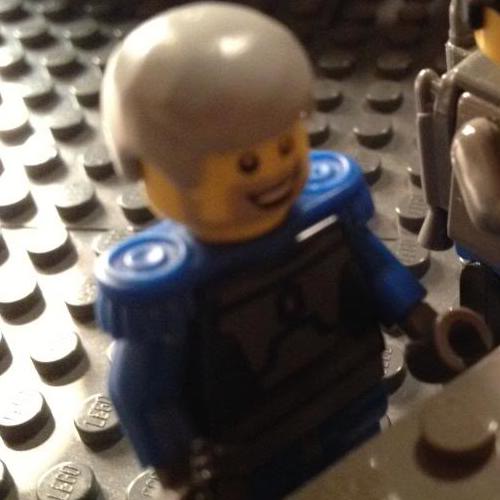 General Witold Pileck was placed in charge of the Bavarian shovel brigades. He also captured the Britannian Viscount James DeSilva of the Yellow Sector during the Battle of the Maren. 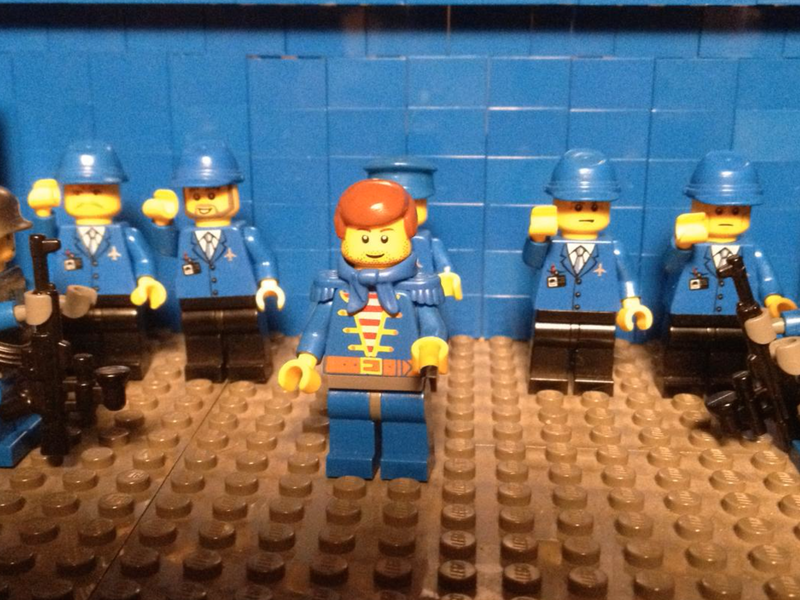 Captain Lahm was first promoted to Captain when he was twenty years old. He first fought in the Bavarian Civil War under Admiral Ludendorff, where a small force were able to destroy a much larger Soviet fleet. Since then, he's fought in every war and most major engagements Bavaria's fought in. He is a Bavarian national hero, and was almost made Polemarch of the Navy. 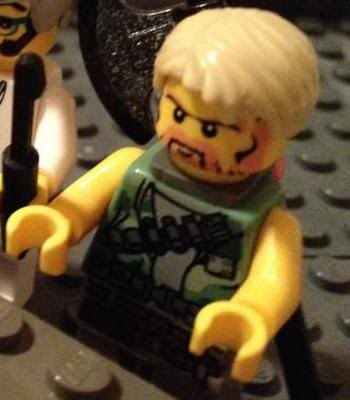 Otto Skorzeny is decorated veteran, great warrior, and a hero of the Third Alliance. He also serves as the leader of their commando forces. He was selected to be the pilot of the Bavarian super-mecha Enki during the Battle of Hel Ice Belt during Operation Dominion's Call. 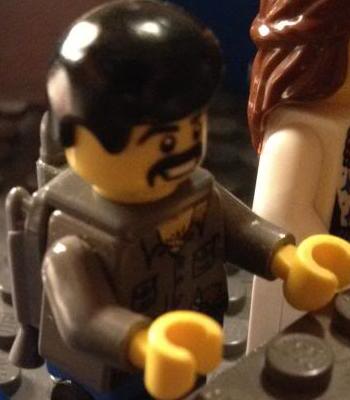 Fulgencio Batista was exiled from the Inquistadores and now works as a military advisor for the Bavarians. He led the underground teams that looked for shovel artifax. 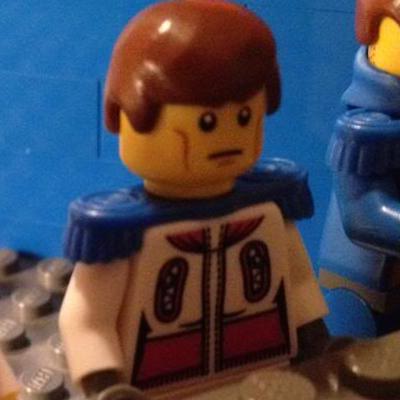 Von Mannerheim was the leader of the Fynnland armed forces before the country was incorporated into Bavaria. He still plays an important role as a military adviser and director of the Fynnish forces. 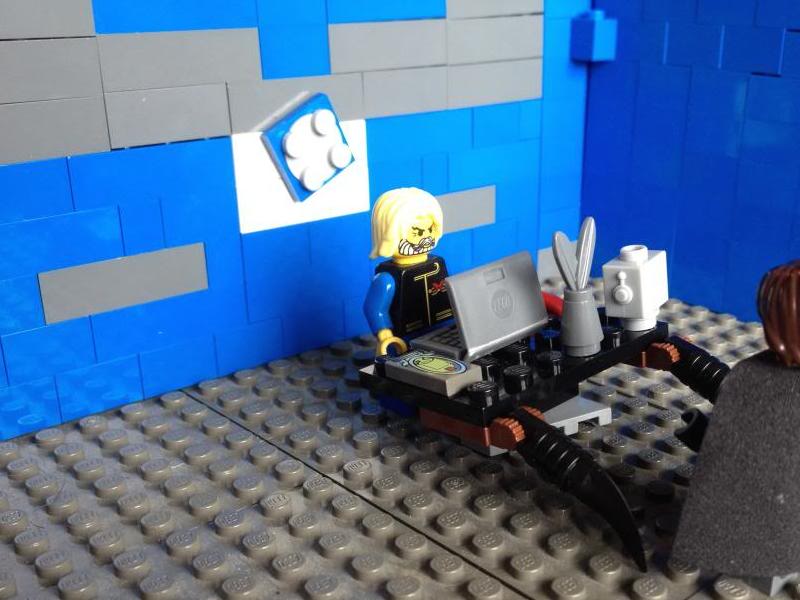 Diethard is the Propaganda Minister of Bavaria. He created three new series of propaganda and distributed them everywhere: One series to increase the birth rate from 8 children a couple to 12 and the otherto rally the Bavarian citizens against the Trattorians demoralize the Trattorian military. 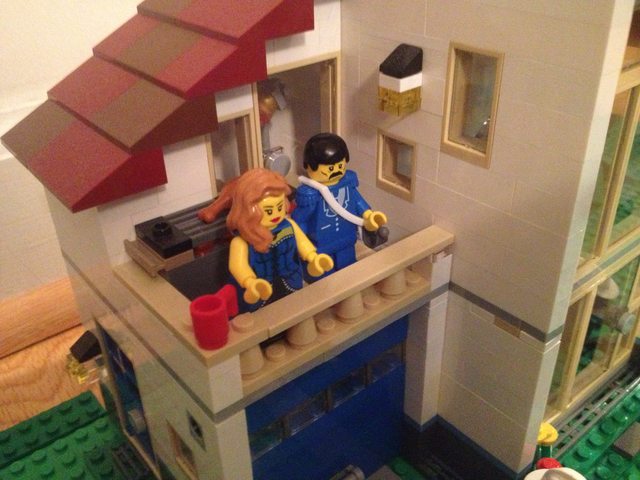 Herr Dossel is a member of the Bavarian Reichstag. He narrowly avoided a Trattorian drone strike and was evacuated off-planet during Operation Dominion's Call, although his wife died in the process. He was very wealthy, although Jack Noir of the Space Mafia looted his home. 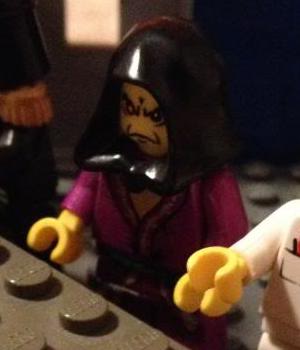 Von Tzan II is a mysterious kult leader who speaks in a strange, clairvoyant manner. Some say he is channeling the words of the gods themselves. 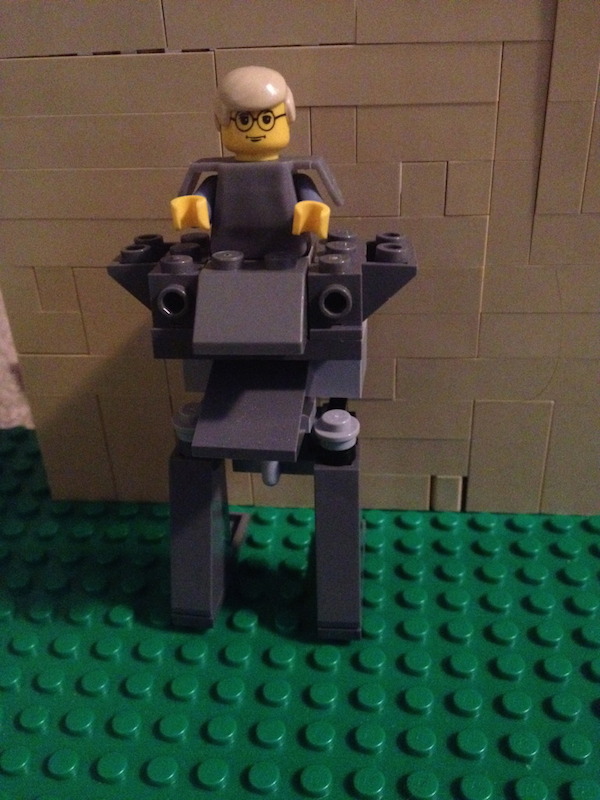 Prinz Siegfried was the first-born child between Kaiser Klaus and Kaiserin Renate. He was cut in half as a toddler by communist assassins, and had his lower body replaced with metal legs. He is the spitting image of his Grandpa, Otto von Bavaria, and was given his charisma as well. He excels in engineering, land based warfare, and combat, mounting guns, rockets and flamethrowers to his iron chassis and using his massive legs to kick minifigs into walls. He died under mysterious circumstances. 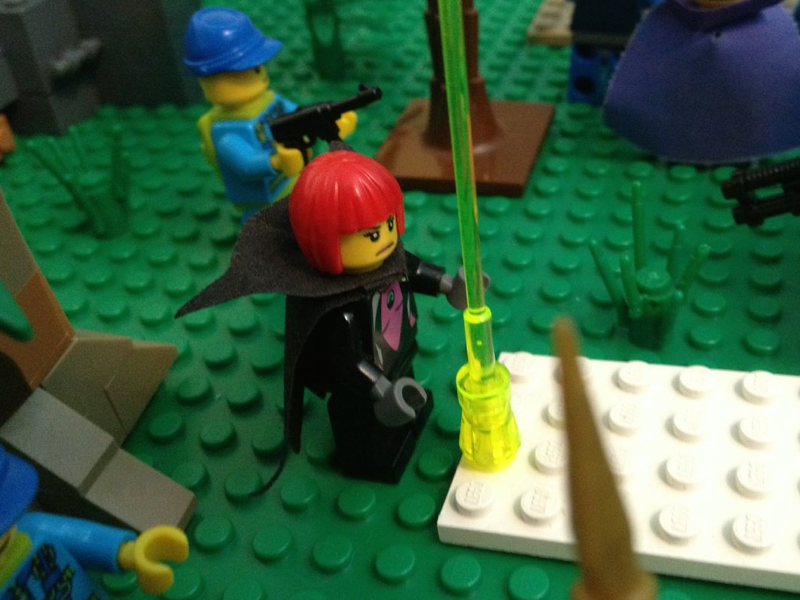 Prinzessin Adeleaide was given discipline. She has a proclivity towards para-dropping and has frosty relations with her father Kaiser Klaus and her brother Prinz Klaus Jr.. She died during a Lovely Picnic. 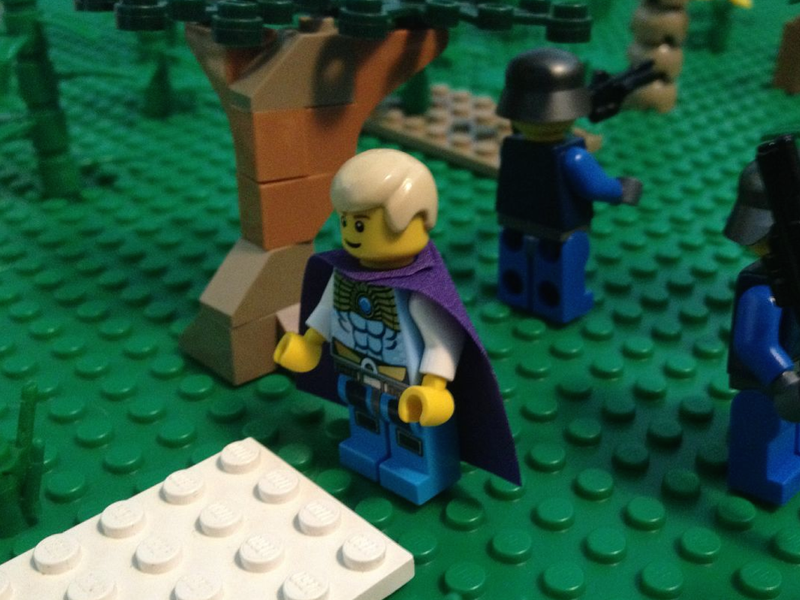 Prinz Anton was given artistic ability, a liberal outlook and a good character, making him a kind and humble leader should Bavaria need it. He also died during a Lovely Picnic. 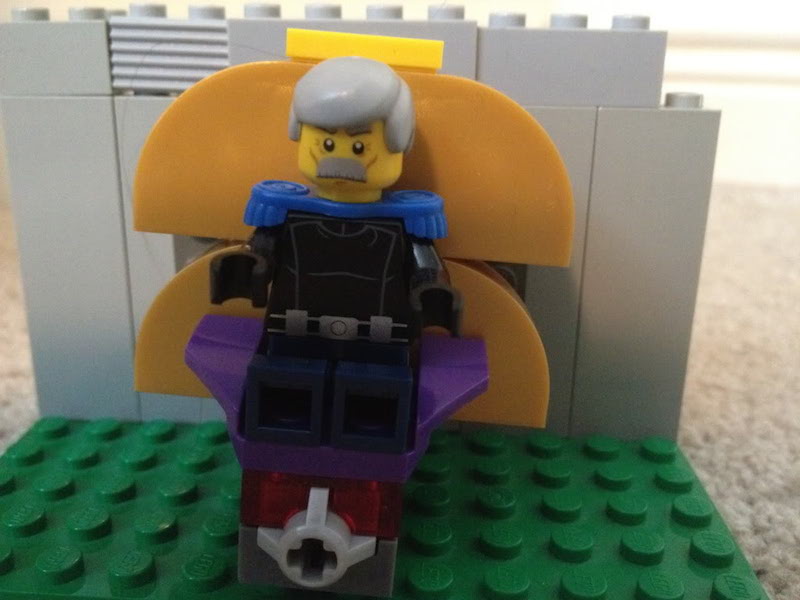 Grand Admiral Ludendorff is known as the saviour of Bavaria for stopping the USSSR from invading Bavaria during the civil war. He died during a naval engagement with Lord Haig and Captain Roderick during the Yellow Sector Conflict. 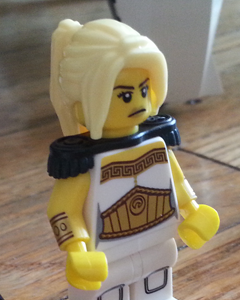 Eva Wilhite is the CEO of the Alltimate Corporation, a major weapons manufacturer in the Czecho-Slovenian Republik. Eva was born and raised in Bavaria, but as a young teen her parents took her with them when they moved to what later became the CSR. Eva was studying business and robotics in Assyria during the Czecho-Slovenian War of Independence and was not involved with the conflict. Alltimate was a minor weapons manufacturer at the time, it would be years before Eva would join the company and help take it to its current heights.